Home CORONA Jorritsma will not use words like ‘civil war’ anymore

Eindhoven mayor John Jorritsma is going to watch his use of language. In a letter, written in response to the investigation report on the riots in the city, he mentions this. After the riots he spoke of a ‘civil war’. He promises not to use those words anymore.

Jorritsma’s fierce words after the riots gave rise to heightened controversy. He called the rioters ‘the scum of the earth’ and warned that ‘we are on the way to a civil war if it continues like this’. Not only the national press, but the American, British and German press also reported this statement. Hubert Bruls of the Security Council and political groups in the city council, among others, did not like this statement.

Unwise
The report also briefly examines these controversial statements. Experts conclude that the word ‘civil war’ is unwisely used. “It could actually encourage the rioters that they are right to resist,” the report states. Mayor Jorritsma is now taking that criticism to heart. ‘In future, hopefully preventable, I will choose words that give less cause for discussion and more call for connection,’ he writes.

Abhorrence
The mayor of Eindhoven also repeats that he looks back on the disturbances with disgust. Also now it appears that the mayor and the police are not to blame. “Sunday 24 January 2021 will remain a dark day for Eindhoven, for our residents and for everyone else who cares about the city. The positive verdict of the investigation report does not alter this in any way’. 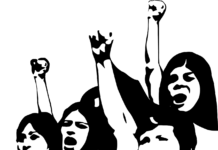 Family members have to help out in nursing home 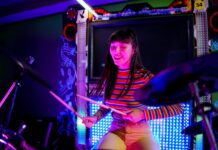