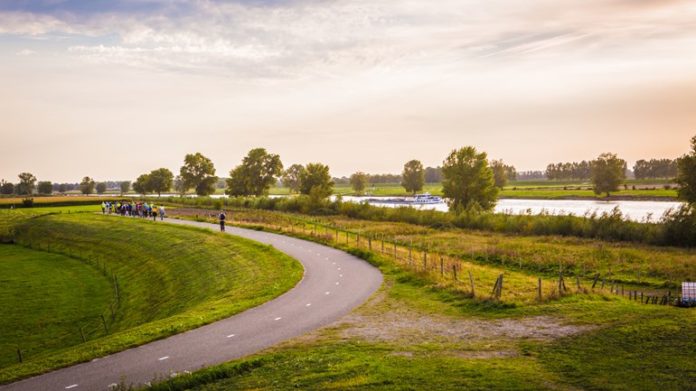 For centuries in Brabant, water has been both an enemy and a friend. Over hundreds of years, locals have built waterlines and used the water as a defence against attacks.

The longest, oldest, and most used waterline in the Netherlands is the Zuiderwaterlinie (Southern waterline) which runs right through Brabant. In the coming weeks, you can see it up close and learn how that waterline worked. From 19 to 29 June, you can walk through all eleven fortified cities with Expeditie Zuiderwaterlinie.

The routes take you on a tour through 450 years of Brabant military history. The Southern waterline took on its shape and form at the end of the Middle Ages. Over the years, people added defences, which strengthened the original line. Up to and including the Cold War, the Southern waterline remained important for Brabant’s protection.

For those who want to do the 20km version, the first stage of Expeditie Zuiderwaterlinie starts in Bergen op Zoom on today (Wednesday), 19 June. There is also a shorter route every day of approximately 10km. You walk this route in a group with a guide. Whatever distance you choose, everyone is welcome to join get-together after each day’s walk. In the past, walkers have sung songs together or watched a dance performance.

The eleventh and final stage, on Saturday, 29 June, leads to Grave. That day you can opt for an extra long, 40km route is may be a nice option if this is the only day that you walk. Participation every day is not mandatory. You can walk one route or multiple routes. The choice is yours as to how much you, and which routes, you decide to walk. Participating in the Expeditie Zuiderwaterlinie is free, but you must register.

While walking, you will discover that the Southern waterline is not only an important military heritage but that it is also a cultural border. Between north and south, Roman Catholic and Protestant, and the hard and soft “g”. Presenter Björn van der Doelen showcases the history of the Southern waterline in a brand new series. He encounters wonderful stories, sometimes about those differences but especially about cooperation to defend Brabant. The first episode can be seen on Sunday, 7 July, on Omroep Brabant.