Home NEWS Temperatures of up to 45 degrees in Brabant. Is this even probable? 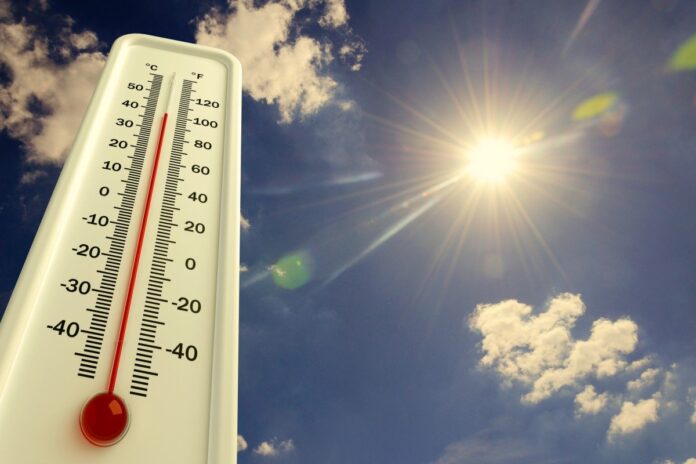 Temperatures as high as 44 or 45 degrees show up in some of the weather models.

Some weather models predict extremely high temperatures in Brabant in the coming weeks. Diana Woei of Weerplaza explains how realistic this is.

On Saturday evening weatherman Reinier van den Berg tweeted about the extreme temperatures shown on weather model MetDesk. He did not forget to add that such a long-term forecast means a high level of uncertainty. “But the very fact that an essentally good weather model has calculated this…. Temperatures over 40 have never shown up as a probability for our country before 2019, Van den Berg writes on Twitter.

Erased from the weather map

Diana Woei of Weerplaza announced, on Sunday morning, that these extremes have been removed from the weather map. But there are still predictions of temperatures over 40 degrees for 18 July.

Woei emphasises that this is the upper band on the weather charts, the lowest being 22 degrees. Many models indicate that there is a thirty per cent chance of temperatures of 35 to 40 degrees, particularly on Sunday 17 July. Only a few models indicate 43 degrees, but it will be seriously hot. Especially in the Eindhoven and Den Bosch region.

Woei expects a heat wave as it will be very hot in Brabant next week. “ Monday will start with clouds, and will get sunnier later in the day. It will be little windy in the afternoon with a temperature of 25 or 26 degrees.

A heat wave requires five consecutive summery days of at least 25 degrees, with three tropical days of 30 degrees or more.

Woei says “ Tuesday may be the first tropical day with 31 degrees in the east of Brabant. Whether Wednesday will also be tropical remains to be seen. With 27 or 28 degrees, we will reach summery values. Thursday will be less hot. The weather model shows that we will reach summer values in Brabant then.”

Friday and the weekend will be warm with Saturday and Sunday reaching 30 degrees or more.

According to Woei, the heat will continue until at least Saturday 23 July. More information on such extremes is available on the site of the VU  (Vrije Universiteit Amsterdam), where Eindhoven-born Dim Coumou is Professor of Climate Extremes.