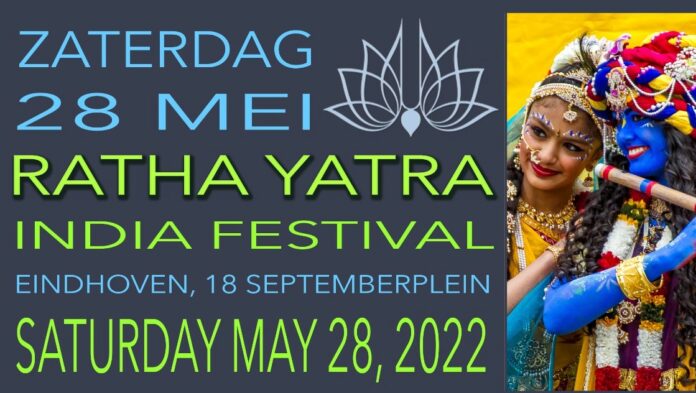 Saturday was finally the day. The Ratha Yatra Hindu festival returned to Eindhoven for the first time since the corona pandemic. The revellers marched through the streets as usual during the traditional Indian open-cart procession.

This to the delight of one of the organisers, Sonny Khusial. “We are very happy to perform Ratha Yatra again. The togetherness, the celebrating, the contact with people: we missed it so much.”

And a gathering it was! Dozens of partygoers started at Trudoplein, and then via Strijpsestraat, Willemstraat and Demer on 18 Septemberplein they ended in the city centre. During the procession, the statue of Lord Jagannatha, an embodiment of the Hindu god Krishna, placed on a temple, was driven around on a decorated cart. The cart is pulled by people themselves. At the same time, people walked to the 18 September Square while singing and dancing. There, a big party awaited with Indian music and free meals.