In several places the streetlights went out on Tuesday night. From east to west, in many places in Brabant people were sitting in pitch darkness. According to grid manager Enexis, the failure was caused by an update of the street lighting system.

According to network manager Enexis, the error was caused by an update that was carried out on Tuesday.

The street lighting is controlled by certain boxes that are located in residential areas throughout Brabant. These boxes are hidden in electricity cabinets. “We found out in the evening that the update had caused the lights not to come on”, spokesperson Cyriel Hamstra says. “We are working hard to solve this problem”.

In some places the street lights are now working again. Hamstra expects the lights to be back on everywhere within the next few hours. 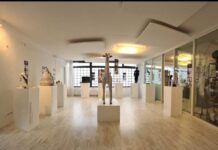