Eindhoven Sport Awards is an annual ceremony that celebrates the efforts and successes of sports stars and clubs in the region. It normally involves a large venue and a big celebration, but this year’s ceremony was a more low-key affair due to the lockdown measures. Only finalists were allowed to attend. The ceremony took place at the Jan Louwers stadium and was televised by Studio040.

The usual category of Sports Club of the Year was this year rebranded as Best Sports Initiative. This was further sub-divided into two categories: one for registered clubs or charities, and one for commercial or unofficial groups. Karpendonkse Plas parkrun won the first prize of 1500 euros in the second category.

Parkrun is a global exercise initiative, established in London in 2004. It involves walking, jogging or running a five kilometre route in a local park on a Saturday morning. Participants register online to receive a personalised barcode, through which they receive an online result after every event. Participation is completely free of charge. Having been active in 21 countries for several years, parkrun was launched in the Netherlands on 29 February 2020, including at Karpendonkse Plas in Eindhoven. Whilst parkrun is supposed to be a weekly event, the Dutch parkrun teams could only host it twice before coronavirus measures forced them to stop.

Marijke van den Hamer attended the ceremony and accepted the award on behalf of the parkrun volunteers. On why she nominated the team of parkrun volunteers for the award, she says, ‘we rely entirely on volunteers and we worked hard for months to get parkrun up and running. Winning this award means great recognition from the municipality, and will allow more people to hear about us and take part’.

Other winners included Step by Step, a local dance school, and Parkison2Beat, an initiative for people with Parkinson’s Disease. 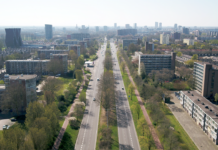 Can a tunnel be build under Kennedylaan? 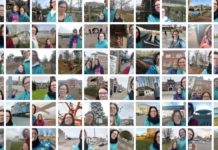 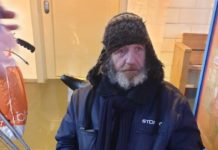 PSV eliminated from Cup tournament, minus 12 degrees expected in Den...

February 12, 2021
PSV failed to qualify for the next round of the KNVB Cup and are now active only in two more competitions. One of them...

PSV push Emmen further down and aim for the top against...