Members of Eindhoven’s Polish community have announced plans to hold a protest at Stadhuisplein on Sunday. The group wants to draw attention to recent changes in abortion legislation in Poland.

Poland recently introduced laws which make abortion illegal in almost all circumstances, excluding when a person becomes pregnant as a result of rape or incest.

The plans were announced via a Facebook event, titled ‘Peaceful protest: Solidarity with women in Poland’. Written in both English and Polish, the organisers state that ‘the sentence on women has been passed, but we will not give up and [we] will fight this decision. We cannot force women to make their whole lives one big nightmare’. ‘Let’s show solidarity and support women in Poland… women who cannot decide for themselves because the government has done this for them,’ they continue.

A similar protest was held in Amsterdam last week. So far, almost 200 people have confirmed their attendance via Facebook.

The protest will take place on Sunday, 8 November at 15:00. Organisers urge participants to follow coronavirus regulations by keeping 1.5 metres distance and wearing a mask. 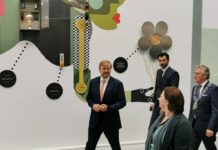 King to celebrate King’s Day in Eindhoven next year 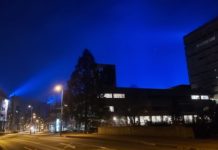