Unemployment in the Eindhoven region’s rising sharply. This is evident from the Dutch Employee Insurance Agency’s (UWV) new figures.

The number of people getting unemployment benefits in Southeast Brabant increased considerably in April. That’s due to the corona crisis. If we compare last month with April 2019, the increase is about 14%.

Eindhoven stands out. For example, the number of inhabitants receiving unemployment benefit (WW) rose by more than 18% in one year. As a result, the counter now stands at more than 4,600 WW recipients. Earlier it became clear that the number of people on welfare in the city’s also rising considerably.

Peripheral municipalities weren’t hit quite as hard. In Geldrop-Mierlo, for instance, the number of people on WW rose by more than 14%, and in Best by almost 13%. In Waalre and Son, however, the damage has remained relatively limited. Unemployment there grew by less than ten per cent. 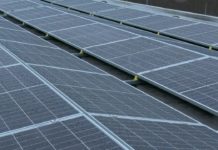