Home NEWS Prom night for people with disabilities in Geldrop 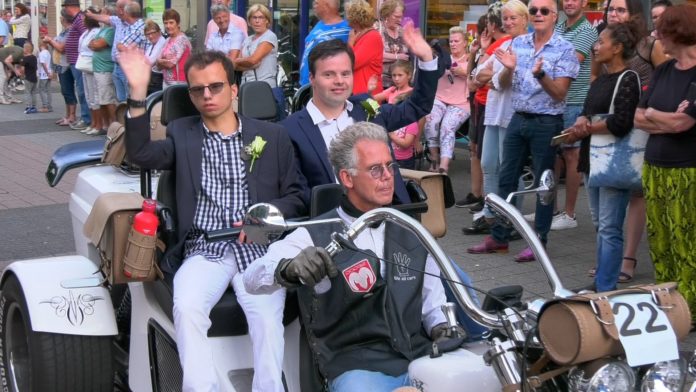 The event was organised by Jacky Plantaz. He wanted to organise the prom night that his son, who has physical and mental disabilities, never had.

‘John is 31 and has never followed a typical education. He therefore never had the chance to take part in such a great party,’ says Jacky. ‘Of course, there is a whole group of people with disabilities like John who have never experienced this either.’

The prom included a parade of vehicles to drive the attendees to the venue. Motorbikes, Cadillacs, vintage cars and even a fire engine were part of the parade.

The original plan was to have around 20 vehicles on the road, but this quickly grew. Eventually, 40 vehicles drove through Geldrop and more than 300 people attended to wave to the partygoers. ‘It was a great evening for our VIPs,’ Jacky says proudly.

After the parade, the guests enjoyed a Rock ‘n’ Roll themed music festival, which started at 8pm. They could also participate in various activities such as a shooting gallery, dance performances and even a 1950s style hair salon.