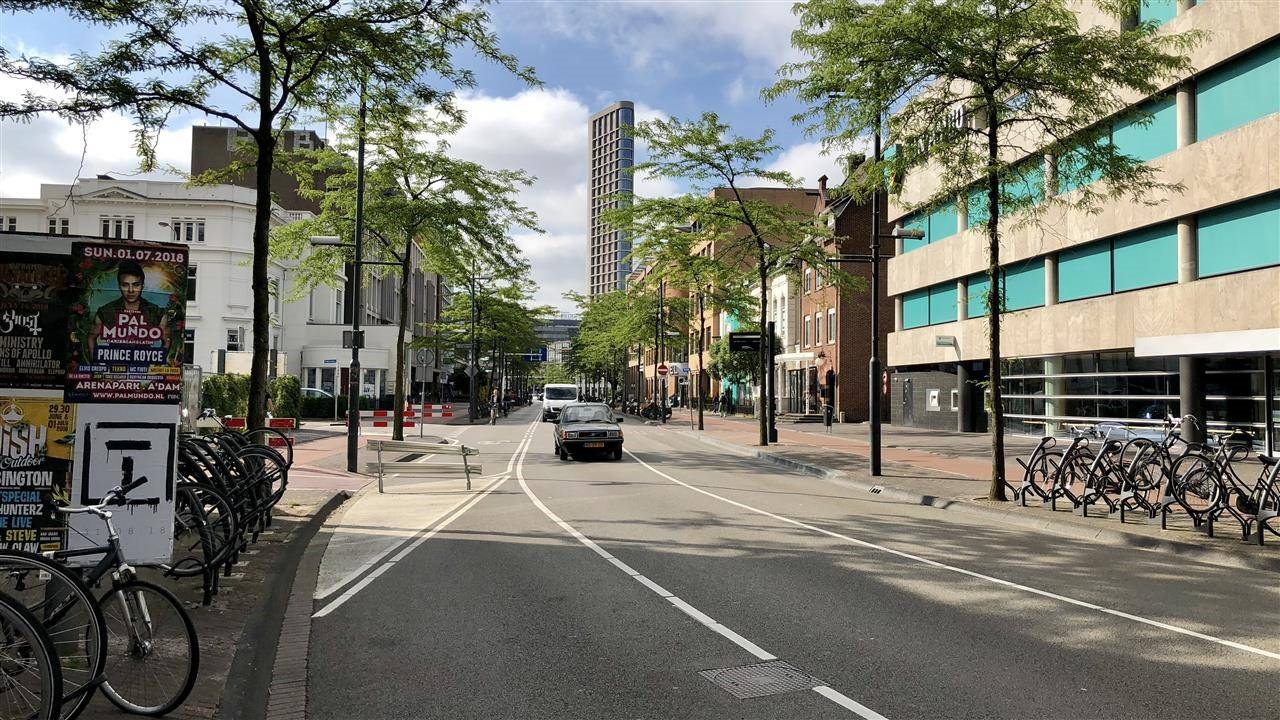 After years of discussions and consultation procedures, Eindhoven’s Vestdijk is closed from this Monday onward. As we reported: extensive roadworks and redesign started today. These will continue for several months.

The busy artery running through Eindhoven’s city center will be redesigned. The number of lanes will be reduced to one and the maximum speed will be reduced to 30 kilometers per hour. By these and related measures, the city council intends to reduce traffic, improve air quality and improve street-conviviality.

Councilor Monique List predicts “From the start of 2020, this will be a green and attractive city boulevard. It will be a pleasant environment for residents and visitors. We will create more space for pedestrians and cyclists. There will be lanes for buses and cars. With these measures we intend to create a healthy and green environment.”

According to List, the city center remains accessible for motorists. This mainly concerns local traffic: companies and visitors who really need to be in the city center. Through traffic will be a thing of the past. A study is still being carried out into an alternative to the so-called “knip”, the roadblock at the Kanaalstraat, which is intended to prevent motorists from driving on.

According to the municipality, it is inevitable that traffic disruption will arise during the next eighteen months. Motorists, shopkeepers and visitors to the city center will face such nuisance and disruptions. To limit this, work will be carried out in six phases. The municipality writes: “These are radical activities because all kinds of work is also taking place underground, like the renovation of the sewerage system.”

Work will start on the Vestdijk, starting at the 18 Septemberplein/Stationsweg intersection. The last phase will be carried out at the Hertogstraat. The first phase includes laying “test paving” to test various paving material.

After a final decision, the chosen materials will also be used for refurbishing shopping streets having red stones and Stratumseind, in the coming years. Shopping streets Demer and Nieuwstraat will be used to test special paving material this month.

In order to ensure the city centre will remain easily accessible, a special accessibility plan is in place including traffic measures. These include digital sign posting and signs in the city and on the highway, special traffic controllers, adapted traffic lights, and a temporary Park & Ride in the south of the city.

Because of this extensive project, buses will no longer be running along the Vestdijk from today. They will be diverted using the Emmasingel, Keizersgracht and Wal. Bus line 5 will also be given an alternative route, via Parklaan and Stationsweg. However, car drivers will still be able to use the Heuvel parking garage.