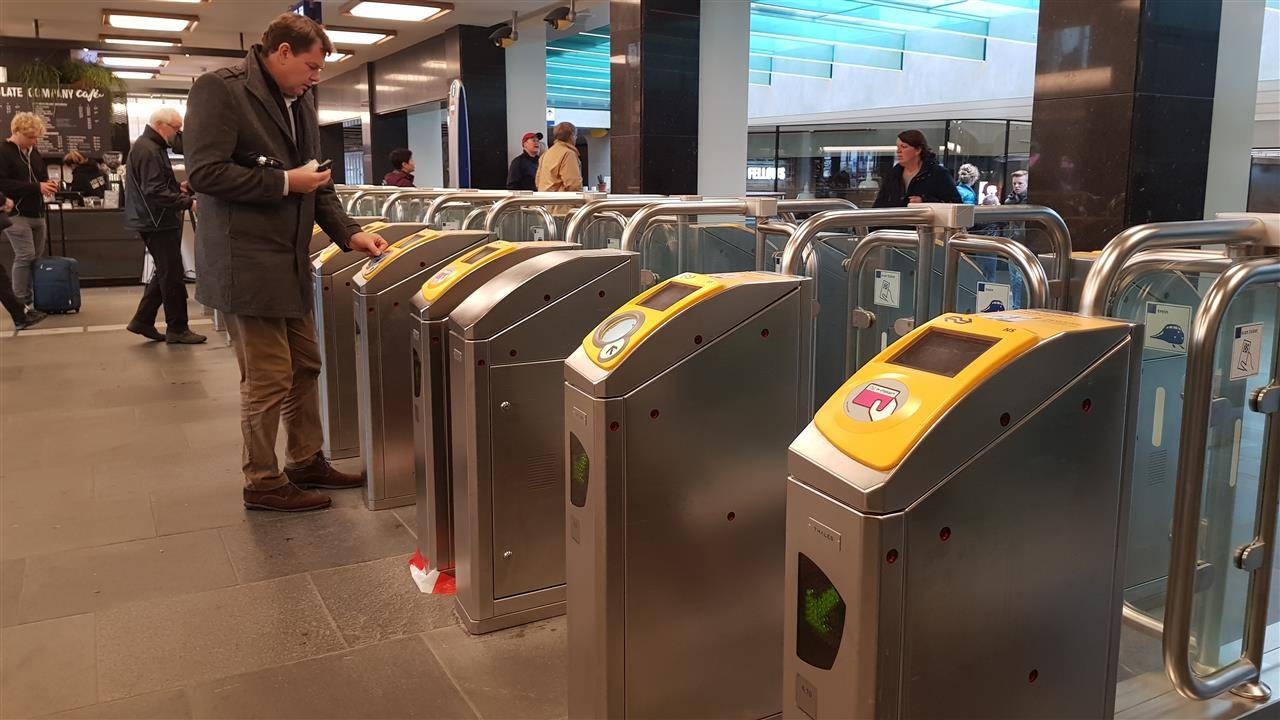 The NS entrance and exit gates at Eindhoven Central Station are closed from today onward.

Only people with E-tickets, special tickets, OV-cards or public transport chip-cards, are now able to enter or exit platforms and use the special pedestrian passage.

Three-quarters of the gates were closed already during the past year. Now all gates are closed in the recently renovated station.

NS aims to improve safety at the station by introducing the measure. “We have noticed that passengers’ sense of security has increased considerably at other stations. We also limit the number of people traveling without tickets and limit incidents. This in turn is good for passengers’ safety as well as for staff and visitors”, according to NS spokesperson Inge Reigersberg.

According to NS, improving safety is more important than keeping the passage from the city center to the north of the city open.

Reigersberg: “Our joint research with the municipality shows that only one percent of visitors do not have a special pass or ticket to use the passage way. This is only a small group of people.”

It took some time for the gates to arrived. This was partly due to the long renovation of the station. Traffic signs pointing out the alternative route were also not ready till now.

People who don’t have an OV-card or other means to open gates and use the passage way, now need to take an alternative route to reach the other side of Eindhoven Central Station. This route runs via the Vestdijk and Dommeltunnel.

In order to assist with any problems, NS employees will be at the gates during the next few weeks. Whenever necessary, they will help passengers. Throughout the Netherlands, about seventy stations now have all check-in-check-out gates closed.