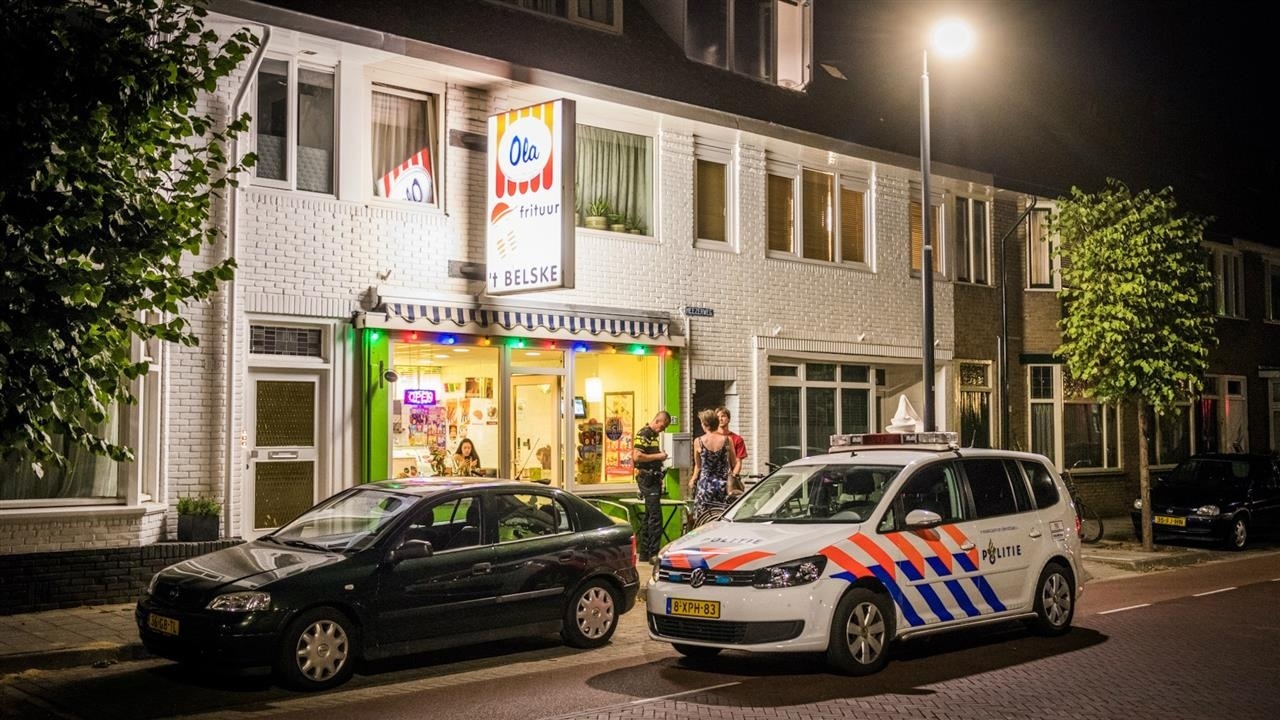 Police are busy investigating a robbery in Eindhoven and arson in Geldrop.

Using Burgernet and other social media, they are asking for witnesses to contact them.

Cafetaria ‘t Belske along the Heezerweg in Eindhoven experienced another robbery Sunday evening. Around 22:20, two men entered the shop and threatened the owner and his wife with a knife.

The owner and his wife were not injured. It is unclear whether there were any customers present to witness what happened. The robbery took place ten minutes before closing time.

Eindhoven police are looking for the two perpetrators. Police used social media, including the local Burgernet. People near ‘t Belske were asked to look out for two robbers. Police also warned people not to approach the criminals themselves.

Officers are combing through CCTV images from the cafeteria and its surroundings.

It is not the first time the cafetaria has been targeted by robbers. In January ‘t Belske was also robbed by two men wielding a knife. The robbers escaped with money.

This time it remains unclear how much, if anything, was stolen. Witnesses are asked to contact local police.

Car set on fire in Geldrop

Early Monday morning, police were busy in Geldrop too. A car went up in flames.

Around half past eight the fire brigade received a call to warn of a vehicle on fire. On arrival, it became clear a fire was burning in the front and back of the car.

Using foam, the fire brigade quickly managed to control the fire. Once under control, the car was cooled using water.

Police are treating this case as arson. The fire burnt around the engine, as well as a rear wheel. The car is a write-off. Police used Burgernet to call for witnesses.