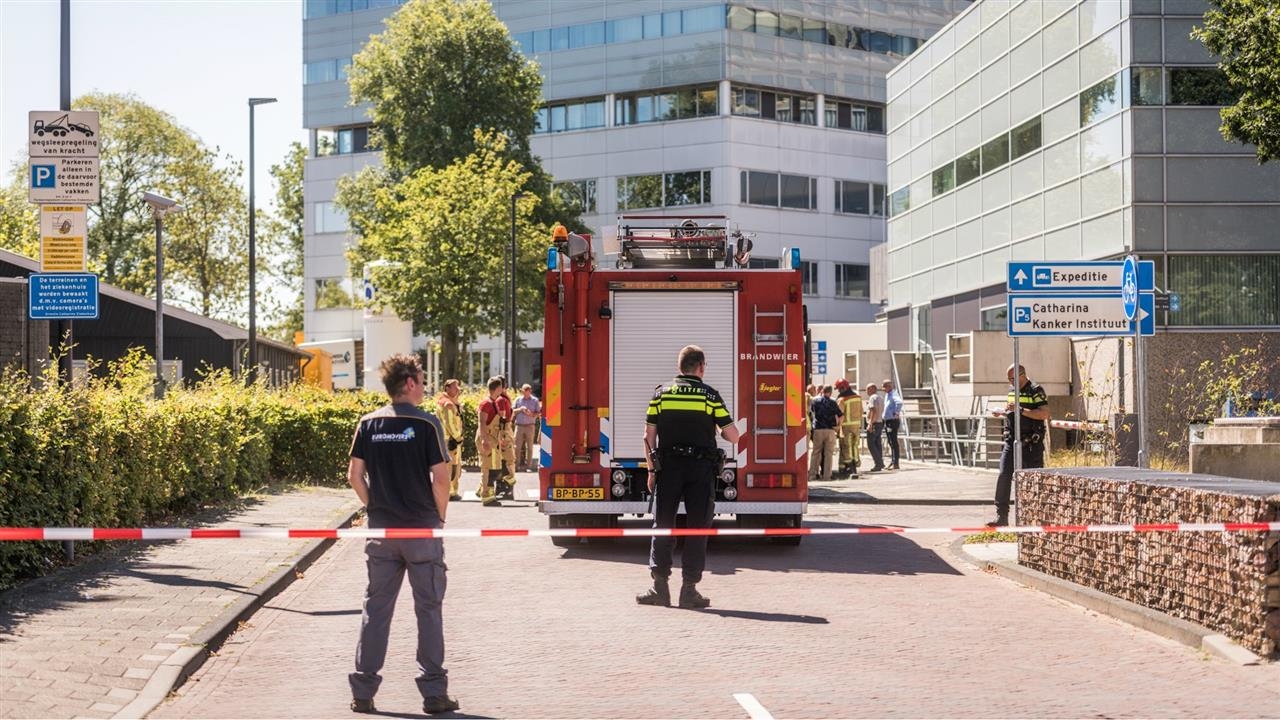 Early afternoon, a leaking oxygen tank at the Catharina Hospital caused a dangerous situation. Emergency services were sent to the hospital to assist.

Emergency services received a call concerning a leak at a large oxygen tank of the Eindhoven hospital, early Monday afternoon. Three fire-engines and an emergency vehicle were deployed.

By now, the leak has been sealed.
The situation is under control.

A spokesperson of the hospital stated people at an office building near the oxygen tank were evacuated. This was a precautionary measure. “Patients have never been in danger. The area is now accessible again.”

There was no fire. Compressed pure oxygen is one of the most flammable substances in the world. If a fire breaks out near it,  a huge explosion may result.