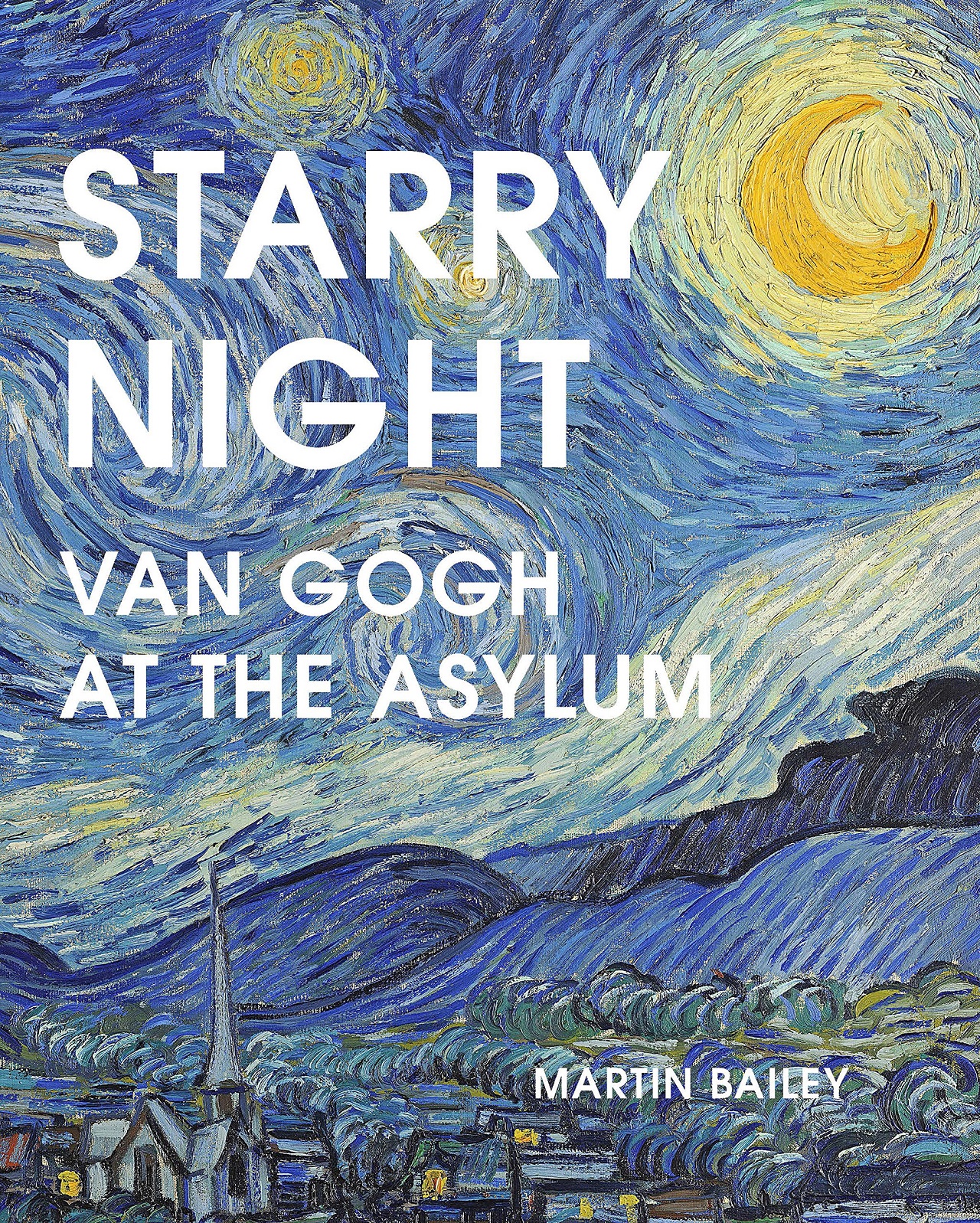 Last week, the Guardian published a feature article on a new book about Vincent van Gogh.

As its title suggests, the book describes van Gogh’s period at the Saint-Paul asylum, near Arles. Bailey managed to uncover new facts and more details of van Gogh’s stay at this asylum.

After spending time at the Nuenen parsonage, van Gogh left Brabant for France. He lived with his brother Theo in Paris. Van Gogh later settled in Arles, hoping to establish an artist-colony there. Only Paul Gauguin joined him in Arles.

Van Gogh admitted himself to the asylum after cutting off part of his ear. The incident was the theme of a recent exhibition at Amsterdam’s Van Gogh Museum.

After his breakdown, van Gogh was locally treated. The Saint-Paul de Mausole asylum, a former cloister, is to be found on the outskirts of Saint-Rémy-de-Provence. The reason van Gogh admitted himself was important: it allowed him to leave once his condition improved. Other patients, whom Bailey traced, were admitted by doctors or family members and were less lucky.

In his letters to Theo and others, van Gogh describes the awful situation in the asylum. “One continually hears shouts and terrible howls as of animals in a menagerie.” Van Gogh called other patients “my companions in misfortune”. Patients had to eat meals with spoons, as knives and forks could be used for self-harm or as weapons. Treatment, help, care was basic to non-existing.

After his breakdown in Arles and while at the asylum, van Gogh did paint. The van Gogh museum occasionally exhibits portraits of a few of van Gogh’s “companions in misfortune”, painted by van Gogh. But as Bailey describes in his book, van Gogh’s breakdowns reoccurred and his painting material was taken away at least once.

After a while, van Gogh’s health improved. Van Gogh was discharged and moved closer to Paris. However, a few months after this move, van Gogh shot himself.

Bailey’s book, which focuses on the last years of van Gogh’s life, adds new facts and details to what is known about van gogh. Discussions will undoubtedly continue among experts. The exact illness from which van Gogh suffered, for instance, remains a mystery.

Paintings van Gogh created during his stay in Brabant, can be admired in the Noord-Brabants museum in Den Bosch, as well as in the Amsterdam Van Gogh Museum. Bailey’s book, available as hard cover at the moment, can be ordered through Eindhoven bookshops as well as through Amazon.