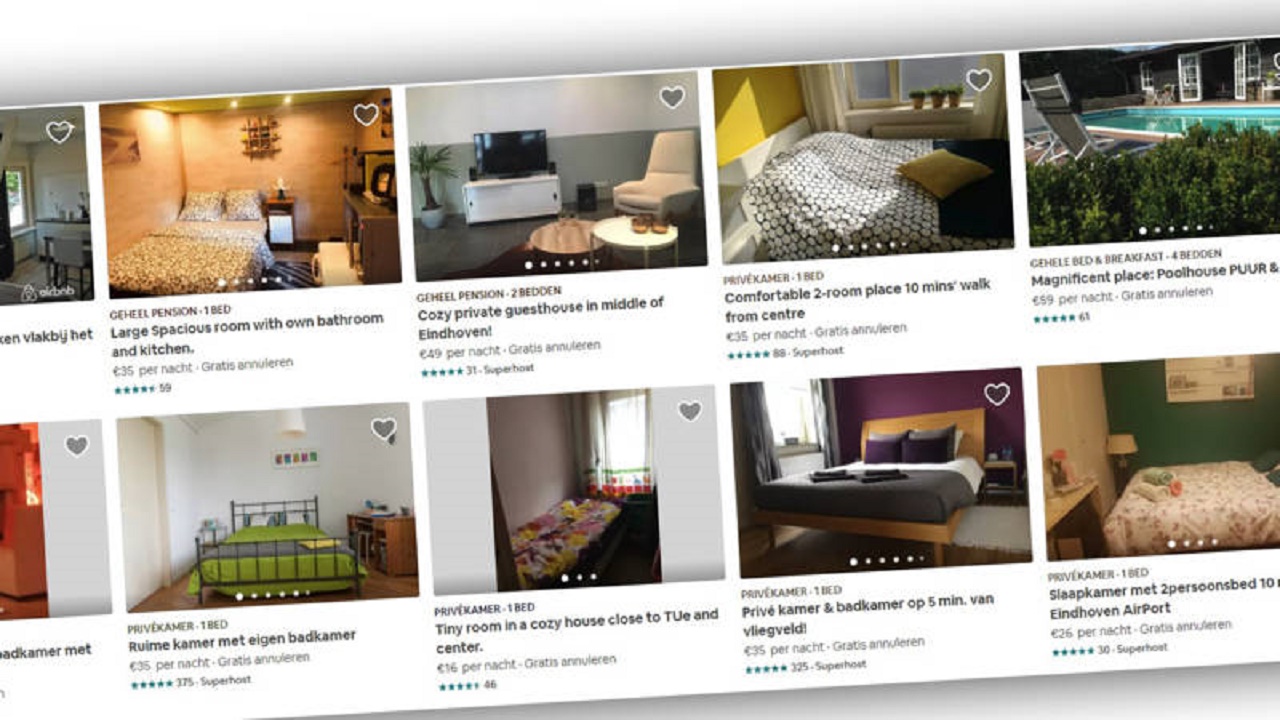 A majority of Eindhoven landlords offering homes or part of their homes for rent through websites like Airbnb are evading tourist- and other taxes.

This is costing Eindhoven municipality a lot of money. Therefor, over a hundred Eindhoven landlords received a letter last month. An inspector also vetted over thirty-eight locations.

Research company ANG states a majority of Airbnb landlords evade paying (tourist) tax: “Only 30 to 40 addresses paid the local sum of 3.50 euros per person per night.”

Eindhoven’s Hotel Overleg, the organisation of hotels in Eindhoven, has been urging for inspections. The organisation has been complaining about unfair competition for years. Hotels are also treated differently regarding taxation and safety regulations.

Eindhoven numbers between 215 and 250 Airbnb addresses. “But the number is increasing all the time,” says Vincent Maltha from ANG. The specialist company was hired to carry out research.

“Moreover, there is a peak in the number of suppliers if there is a large event, such as a concert by Guus Meeuwis, for example.”

If 215 Airbnb addresses rent out a room to one person per night for a whole year, the municipality’s loses nearly € 300.000 in tourist tax income alone. The real amount is likely many times higher.

Not all house owners who offer space through Airbnb have been visited yet. The exact address only becomes clear when someone books through the website. So ANG employees are playing detective.

For example, they try to link photos to locations. However, it is not always possible to find the exact address. “You can’t find an Airbnb if the photo shows just a room with a bed and closed curtains” says Maltha to Omroep Brabant.

There are various reasons why landlords evade paying tourist tax. Some landlords think the municipality is vague about tourist tax. Others think it is demanding far too much money.

Meanwhile, Dutch cities like Amsterdam, Rotterdam and Utrecht have tightened rules for Airbnb landlords. A maximum number of days for space to be offered through Airbnbn has been introduced. This varies between 30 to 60 days per year.