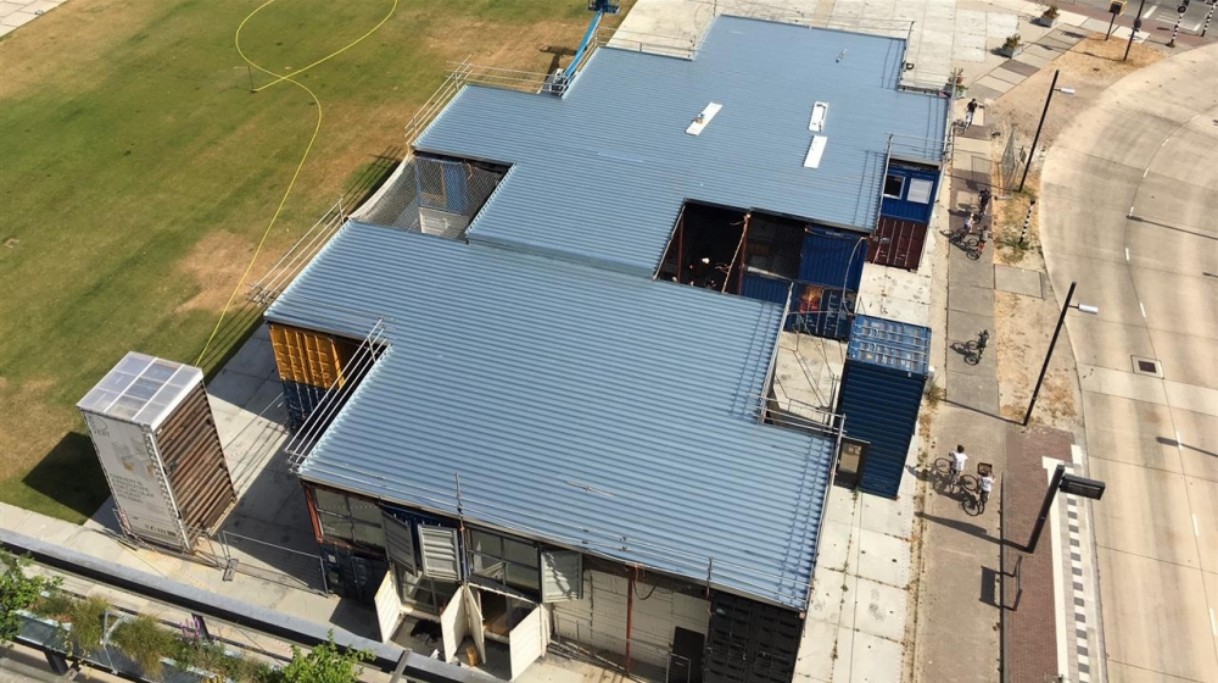 Everyone is hard at work, getting the Plug-in-City on Strijp-S ready to officially open on Friday, 21 September.

The colourful collection of containers were fitted with a roof on Wednesday. On here, there will be solar panels, plants, and a flat stand.  It can then be used for events on Ketelhuisplein. “We have used some space in the area, so are giving some back”, says a proud Bas Luiting. The Plug-in-City is his baby.

He, however, does not want to be referred to the initiator of this plan. “We are working together here,” he says. “It is a close-knit group of people, and everyone has contributed. Whatever his capacity, it does not detract from Luiting enthusiasm over the project and the ‘pluggers’.

With ‘pluggers’, Luiting refers to the designers that are housed in the shipping containers. There are offices and studios. Creative-minded people, in particular, are drawn to the idea of working in a living environment. The Plug-in-City is a ‘community’, where everyone helps each other. The ‘pluggers’ freely exchange goods and services among themselves..

They are also constructing most of the connections between the containers, themselves. Door and window frames have been salvaged from old residential builds. Several doors also come from the Orangerie in Blixembosch, which used to be a retirement home and then an asylum seekers centre.

In the end, the structure will form an almost entirely recycled building. It is also accessible to visitors at Strijp-S. The thoroughfare from the busstops to Ketelhuisplein remains open. “If a plugger is busy in his container and someone wants a peek inside, they are more than welcome”, smiles Bas.