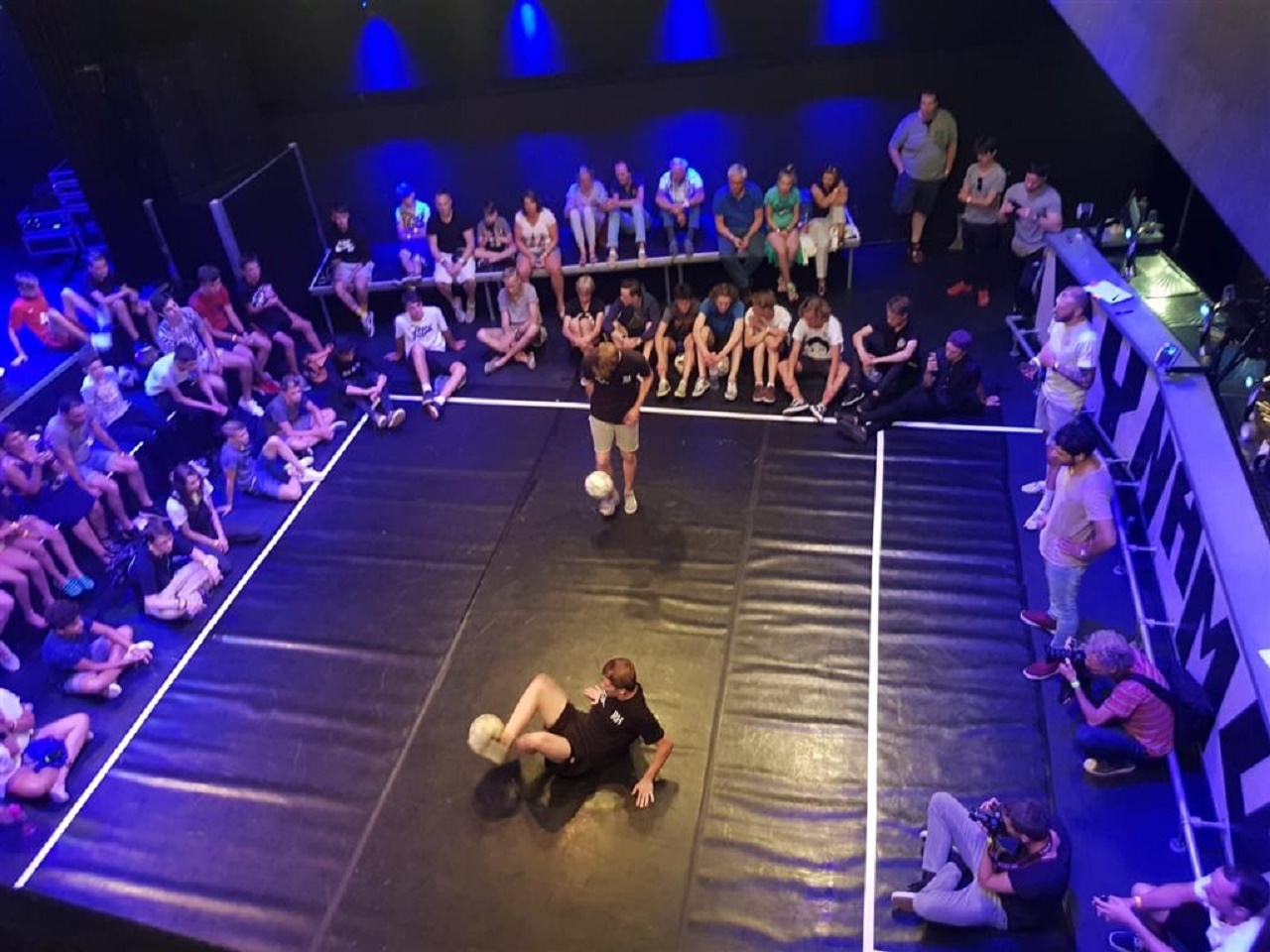 Both demonstrated their skills at the NK Freestyle Football in Dynamo. Freestyle soccer or freestyle football, is the ‘artistic brother’ of regular football.

Games and competitions are not about running, but showing all kinds of tricks. While demonstrating tricks, the ball must be kept in the air.

After group qualifications, the best sixteen competed against each other.

The winner will represent the Netherlands at the Red Bull Street Style World Finals, in November this year.

This freestyle football tournament will take place in Poland, but the precise location is still secret.