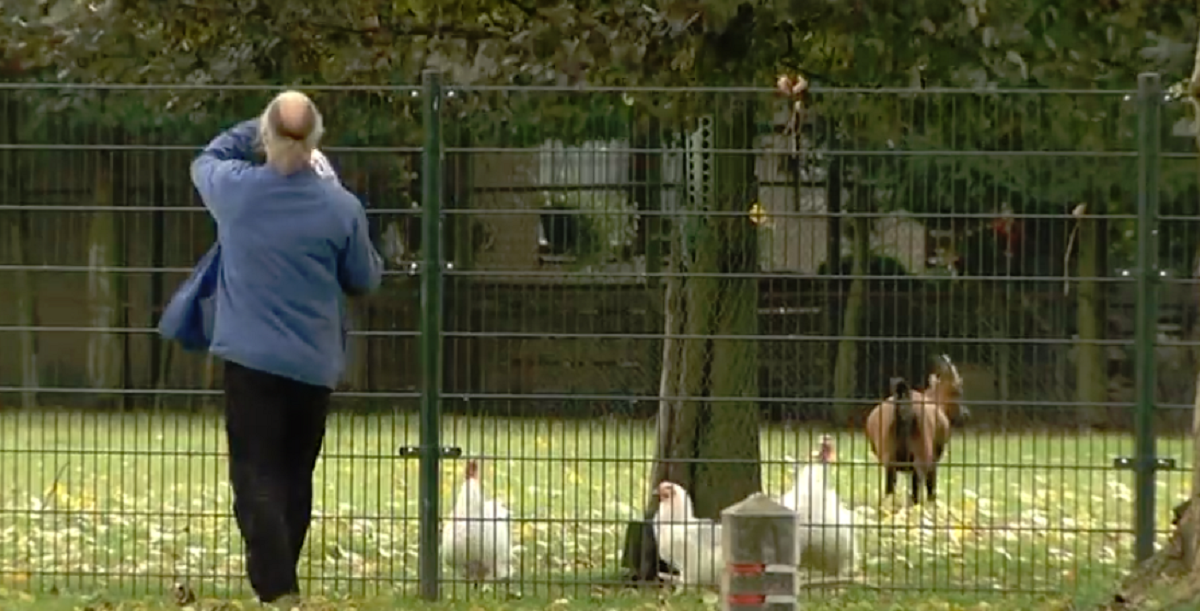 The author of popular children’s books and farm-owner Beatrix Potter, born the 28th of July 1866, knew it. Beware of Mr. Fox! Volunteers and manager of the “Dierenweide” agree: beware of all foxes!

Piet Brands is the manager of animal meadow or “Dierenweide” at Acht. Last Tuesday morning, he was confronted with nine dead chickens.

“I arrived in the morning and saw them immediately. Maybe more were killed and the fox dragged them away. In any case, this is not the only place where it happened. I heard about more cases and elsewhere chickens were also killed”, he tells Studio 040.

“I have to lock up the chickens in the hen-house each evening. Otherwise, none will be left. I first tried gauze, but this did not help. Now there is an automatic lock. There’s nothing you can do about it,” he says.

Throughout the Netherlands, the fox population is increasing. This causes food shortage. Foxes are forced to increase their hunting grounds.

In London and elsewhere, urban foxes are a well-known sight at night. Photos appear of them, sitting on top of cars including Jaguars and Rolls Royces, or wandering through London’s parks and gardens. Cities like Amsterdam and The Hague have populations of urban foxes as well.

When spotting a fox, it is best not to approach it. Foxes and their cubs may look cute; they remain wild animals which may behave unpredictably. In case of coming across a wounded animal, notify your local Dierenambulance.

Catching and culling foxes in urban areas is often difficult. A permit can only be obtained under certain conditions. Killing foxes must be “in the interests of public health and/or public safety”.

For owners of fowl and chickens like Mr. Brands, foxes remain a pest, a menace, a plague.