Home NEWS Two identical accidents, right after each other, at same intersection 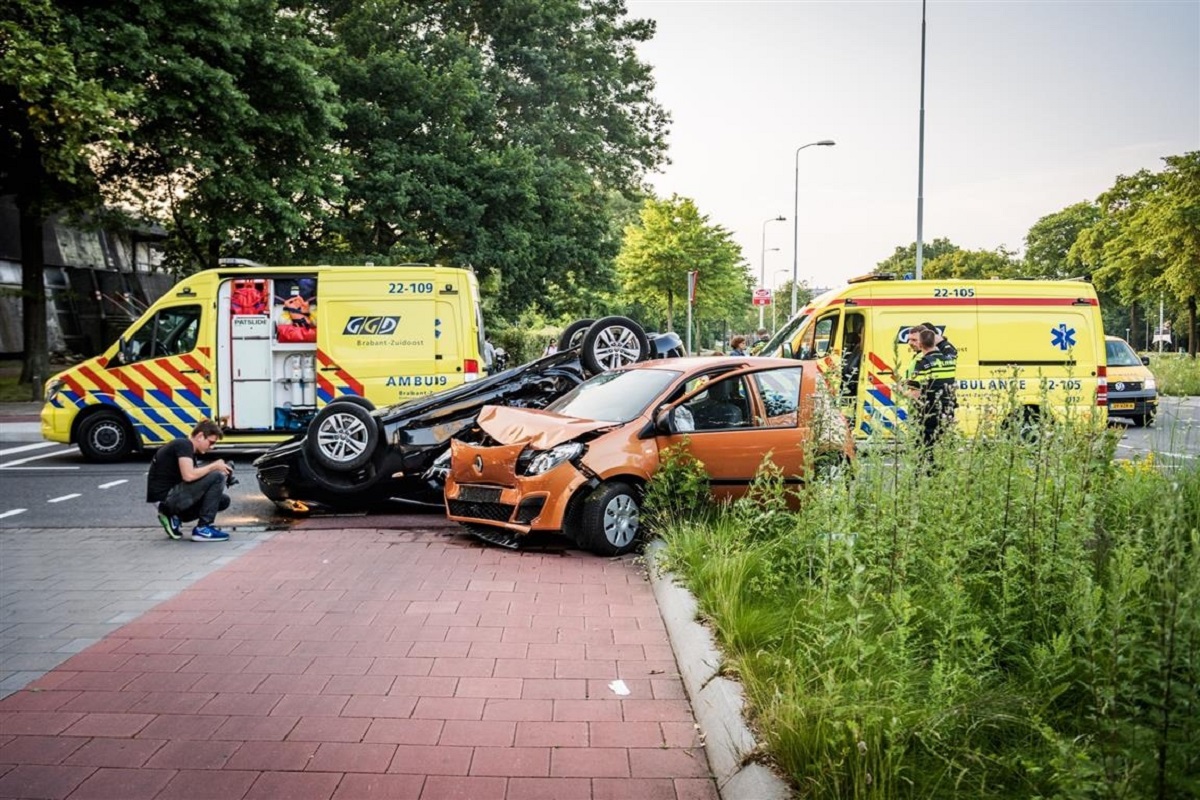 Twice, shortly after one another, two cars landed upside down on John F. Kennedylaan.

The two accidents happened on Thursday night on the Kennedylaan and Vincent van den Heuvellaan intersection, near the former Rabobank building and the TU/e student building ‘The Bunker’.

The first accident occurred at 18:10. A car rolled and landed on its roof after a collision with another vehicle. It is not known if anyone was injured in this first incident.

At around 20:30, an almost identical accident happened. Two cars collided on the same crossing and, once again, one landed on its roof. The driver of the vehicle was taken to hospital by an ambulance.