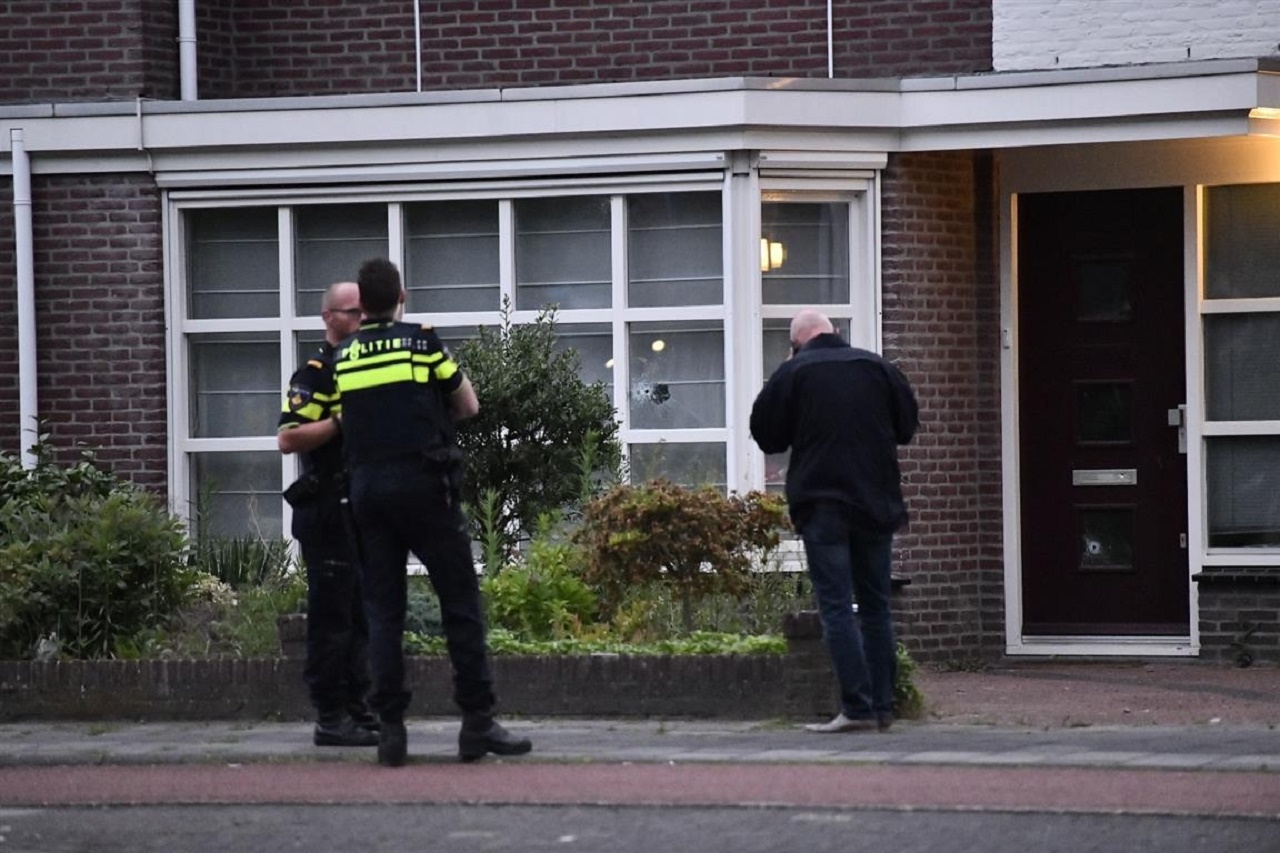 A house along Eindhoven’s Shakespearelaan made headlines today. The house was shot at. Police recovered many bullet casings.

The shooting incident happened early this morning; around three o’clock. Local residents said it seemed as if a machine gun was used.

One of the widows of the house was shattered in the incident. The house itself is also damaged. Nobody was injured and police immediately started an investigation and to look for traces.

Witnesses mentioned a car near the house had driven off at great speed. Not much later, a similar car was spotted driving on the A2 near Beesd.

By now, police have told media the two men in the car were arrested. The men, aged 17 and 18, are from Amsterdam and are connected with the shooting.