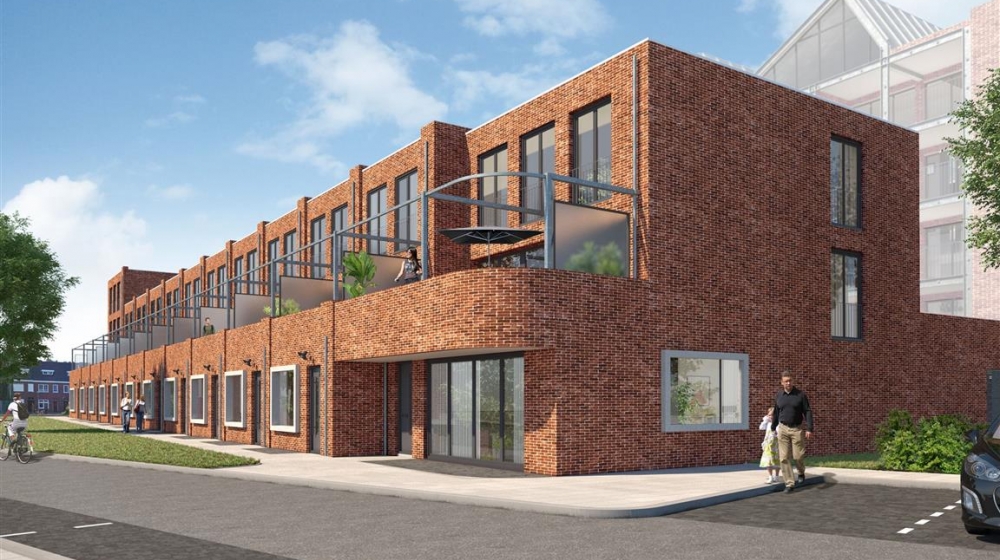 There will be dozens of townhouses and apartments located on Eindhoven Kanaal, near the City Centre.

On Tuesday, Project Developer VB Group launched DOK40, their new construction work on Kanaaldijk-Zuid. The houses are being built in the area where the carpet factory was located, which caught fire in 2010.

It concerns apartments and townhouses, which range in area from 75 to 127 square metres. The houses are suitable for, among others, starters. “Dok40 are homes located directly in the city centre, in an urban and industrial environment. Where Eindhoven’s industrialisation was once operating at full steam, there will now be a new part of the city. The character of then, with the luxury of now”, as the developer, himself, markets the development.

There is also plenty of building happening on the other side of the Eindhoven Channel. There, the DAF Museum is being expanded, and numerous houses, as well as a residential tower block, is being added.