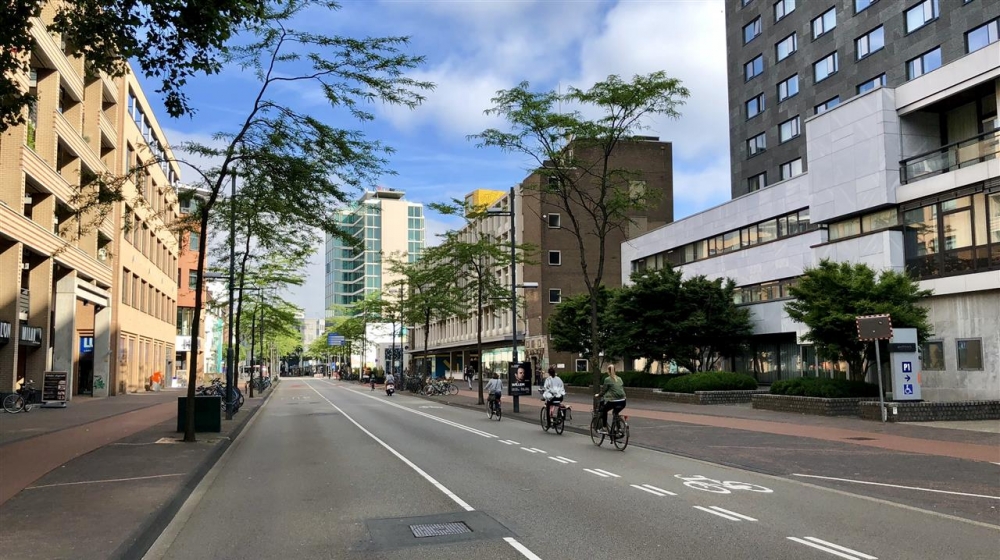 Several business owners on Vestdijk are concerned about the plans to address the busy Eindhoven traffic road over the next 18 months.

“The suppliers continue to supply us. The only question is whether the customers will keep supporting us”, Johan van Dommelen of Piters Wines, says. “They often leave the shop with large boxes. You do not want them to have to walk through a sandpit”.

Petra de Rijke of the tableware shop, Ter Tafel, is also critical of the situation. “The municipality is being short-sighted.”

Phases
Vestdijk and Hertogstraat will be redesigned from 3 September, to eventually become much greener, traffic-restricted roads. A job that will take 18 months, until the beginning of 2020. The activities are taking place in six phases. In September, work will begin on the north side of Vestdijk, at Albert Heijn and Primark. Afterwards, the work will slowly move south, towards Hertogstraat.

Bus transport
Vehicles can still travel on Vestdijk during the work but there will be less, and the flow will be much more difficult. The municipality wants to, therefore, redirect traffic as much as possible through the Ring and Kanaalstraat. Buses will not run on Vestdijk during the work but via Wal and Keizersgracht. The municipality is in consultation with the bus company, Hermes, on how the buses should be redirected in the right direction, without too much inconvenience and delays.

Day-trippers
Various groups of people who might be affected by the work will be informed. The municipality wants to approach the various target groups in different ways, by using social media, apps like Flitsmeister, and signs along the road. “A Belgian day-trip tourist must be approached differently to business people who come to the city often”, Councillor List, says.

The work must eventually lead to a customised sewage system and a much greener, more livable, traffic-restricted Vestdijk. Here there will only be one lane, with a speed limit of 30 km/h. The work will provide more space for terraces and activities. Fewer cars and more plants and trees will also ensure much better air quality on Vestdijk. This is now, according to European standards, below par.