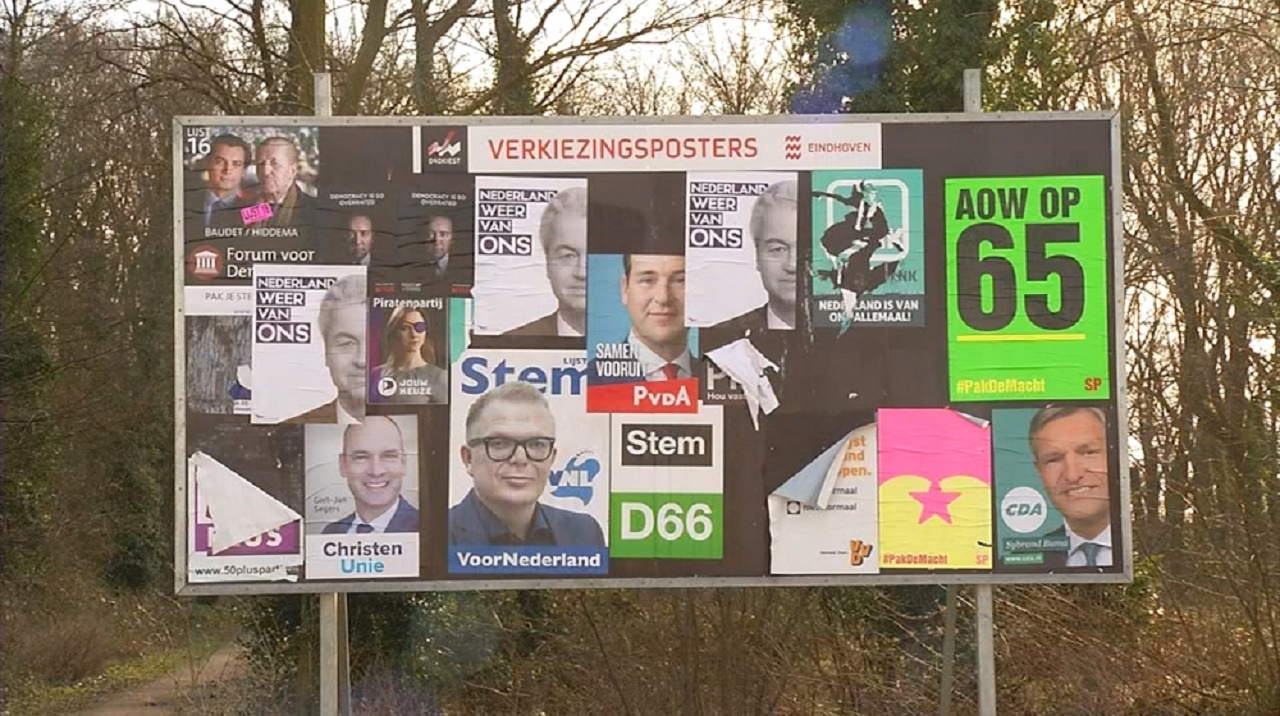 The billboards available for use by political parties taking part in the Eindhoven municipal elections are far too small.

This is claimed by local political party LPF.
Will a ‘sticky war’ now erupt across the Eindhoven region?

According to the opposition party, roughly nine election posters fit on the current billboards. This despite the fact,that in Eindhoven, close to twenty parties will take part in the March elections.

The LPF has now asked the mayor and aldermen to replace the current election billboards. If nothing happens, the LPF predicts a ‘ sticky war’ or billboard war.

LPF leader Rudy Reker took a tour along all billboards. He also concluded these were far too small.”By the time I had finished my round, a D66 poster had been stuck over mine.”

Political parties LPF and CDA have been drawing attention to the size of election billboards since 2006. In 2014 the billboards were much larger.