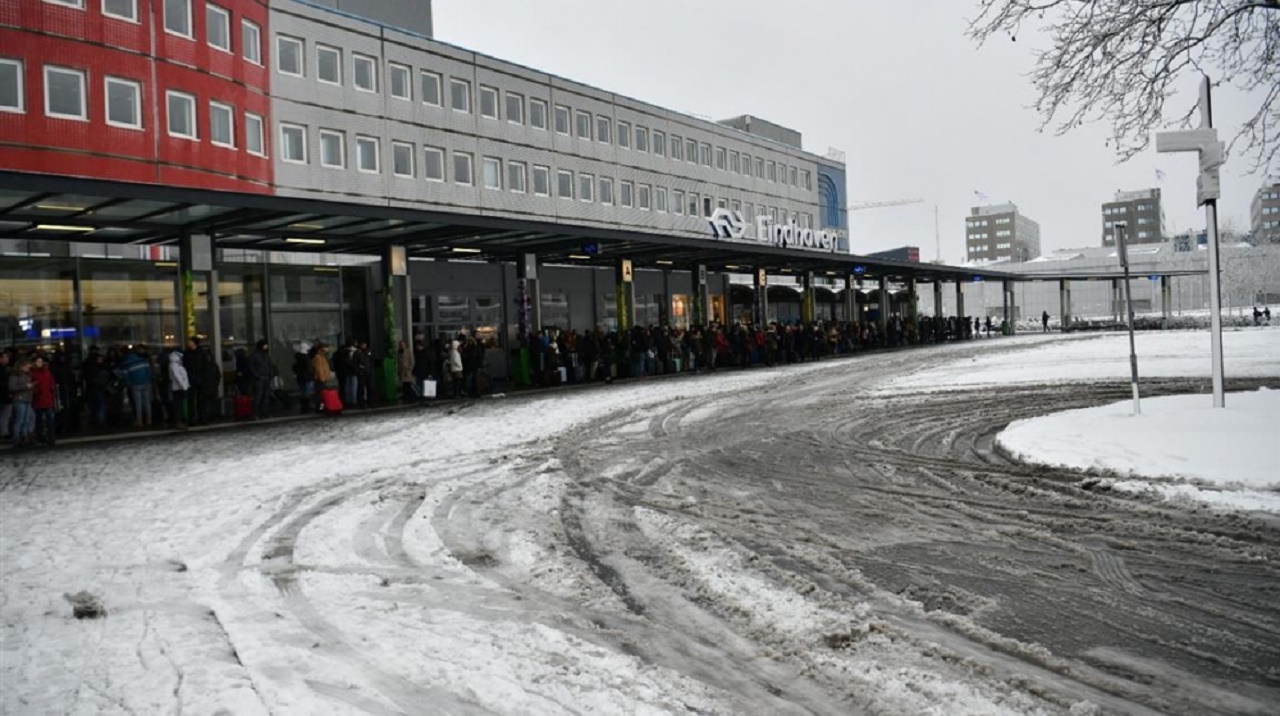 The wintry weather caused a lot of disruptions in the Eindhoven region, Sunday. Today, the situation will not improve much.

Dutch KNMI issued another code orange warning for today. The  ANWB advises people who do not need to travel, to stay home. Sunday, NS already introduced a special winter schedule affecting train services. Flights to and from Schiphol and Eindhoven Airport are also affected.

Yesterday, the heavy snowfall caused public transport per bus to grind to a halt during the afternoon. Bus company Hermes temporarily ceased all services because of slippery roads. Even when bus services started again, passengers faced serious delays.

Passengers at Eindhoven Airport also faced delays and cancellations. Especially during the first half of the afternoon, the heavy snowfall caused planes to be diverted. Flights were diverted to Cologne and Groningen, while all flights from Wroclaw were cancelled.

Road conditions remain dangerous. Sunday, this was not just due to slipperiness. A storm with sudden, heavy gusts did not improve driving conditions.

In Geldrop, a gritter slided off the road and had to be pulled out of a ditch. At Schans in Eindhoven, a tree fell on a car. Dutch Rijkswaterstaat warns parts of motorways remain slippery.

Between Eindhoven and Utrecht, as well as Eindhoven and The Hague, trains run on a 30-minute frequency. It remains uncertain NS will be able to introduce its new train schedule on Tuesday. NS advises all travelers to check its website, or use the NS App.