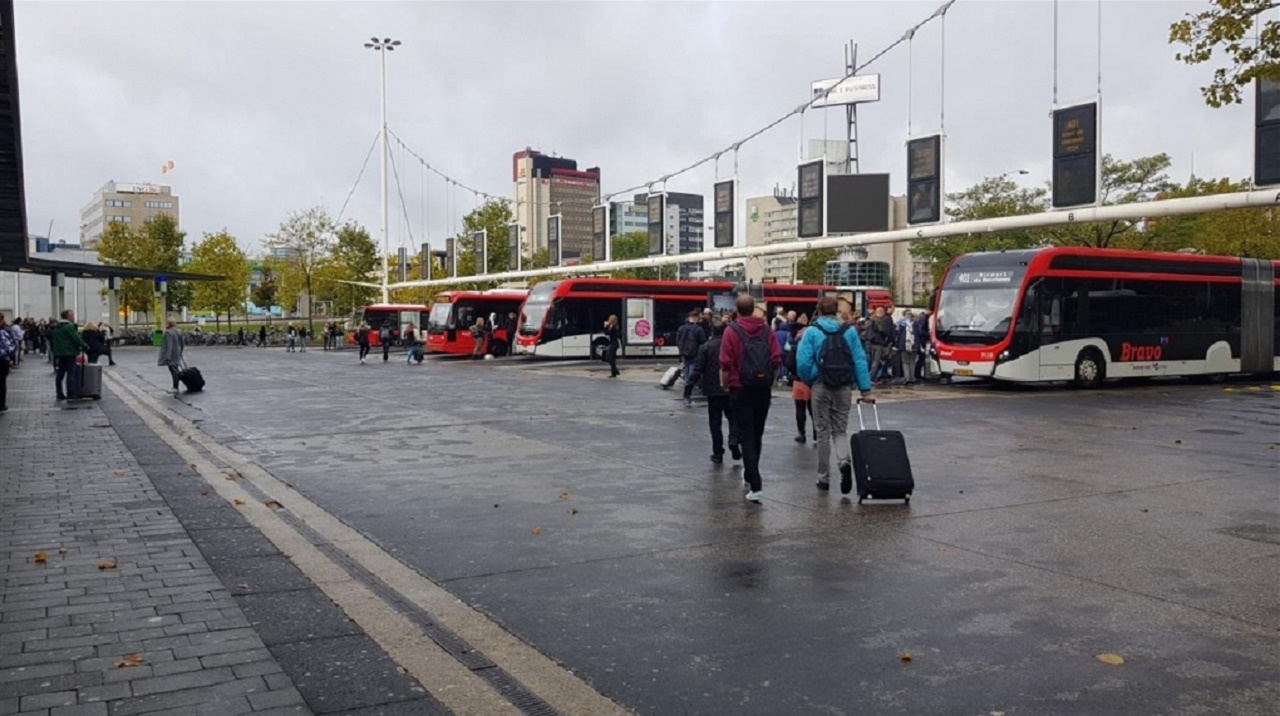 The ultimatum ends at noon on the 2nd of January 2018. By that date and time, regional public transport operators must have implemented measures to reduce workloads.

If regional public transport employers do not meet the trade union’s  requirements, a 24-hour-strike takes place on the 4th of January. Such a strike will affect the Eindhoven region.

According to FNV, the workload for drivers working in regional public transport is too high. A public-friendly campaign already took place in Eindhoven, on Thursday 14th of December. Mobile toilets, called dixis, drove behind buses.

FNV and its members demand more flexible and less tight shift schedules, including more and longer breaks. Drivers should have the opportunity to visit toilets about every 2 hours. Drivers should also be entitled to decent breaks of at least a quarter of an hour per every four hours. The union also demands a gross monthly salary increase of €100 per month for all employees.

Trade union CNV is currently consulting its members about the demands and possible strike. FNV thinks CNV members will support their colleagues’ demands. It also expects, CNV members will join an FNV strike.

FNV’s Paul Verhoef says bus drivers are under increasing pressure with their rights being reduced further and further. “They often run shifts of 4 hours in a row without being able to visit a toilet. This is irresponsible and things have to change. So if no improvements are introduced, the strike will go ahead. Our people are no racing-car drivers; they are bus drivers.”

According to Verhoef, regional transport operators have had more than enough time to improve rosters and shift schedules to reduce workloads. During the collective negotiation process, no deals were struck. “No agreements were made about decent breaks while still providing good service to passengers. No agreement about an increase of wages was reached either.”