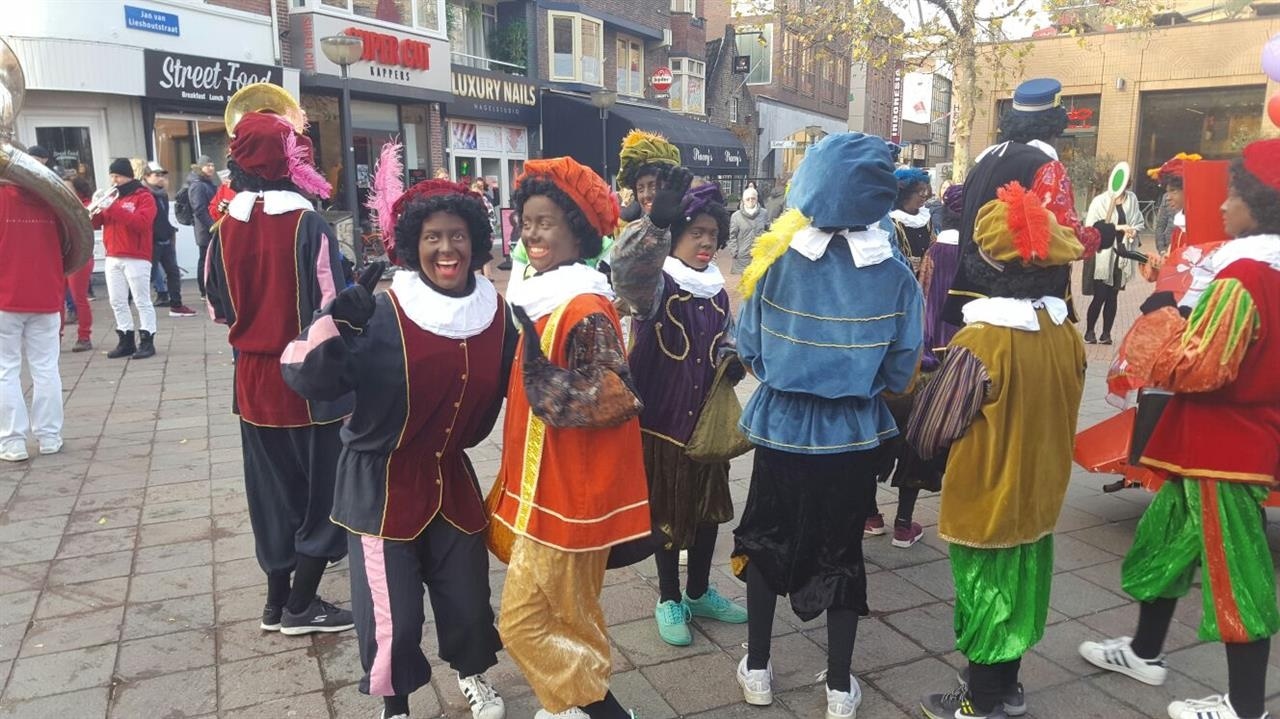 With music and sweets, a large parade of Pieten and Sint Nicolaas (also known as Sinterklaas) traveled through Eindhoven city centre.

The childrens’ friend had also invited the most musical Peters-band of the Netherlands to join his parade. The band made sure children and grown-ups could practice singing Dutch traditional Sint Nicolaas songs, or Sinterklaasliedjes.

As shoppers bought so many presents in preparation of Sint Nicolaas’ Eve (celebrated on the fifth of December), a special Peters-train was part of the parade. It cruised through the centre to ensure everybody could take a ride and rest their wary feet, before visiting the next store.

Many children thought it was a wonderful experience. Especially, as Sint Nicolaas and his Peter-assistants refused to let them pass, without handing out helpings of sweets.