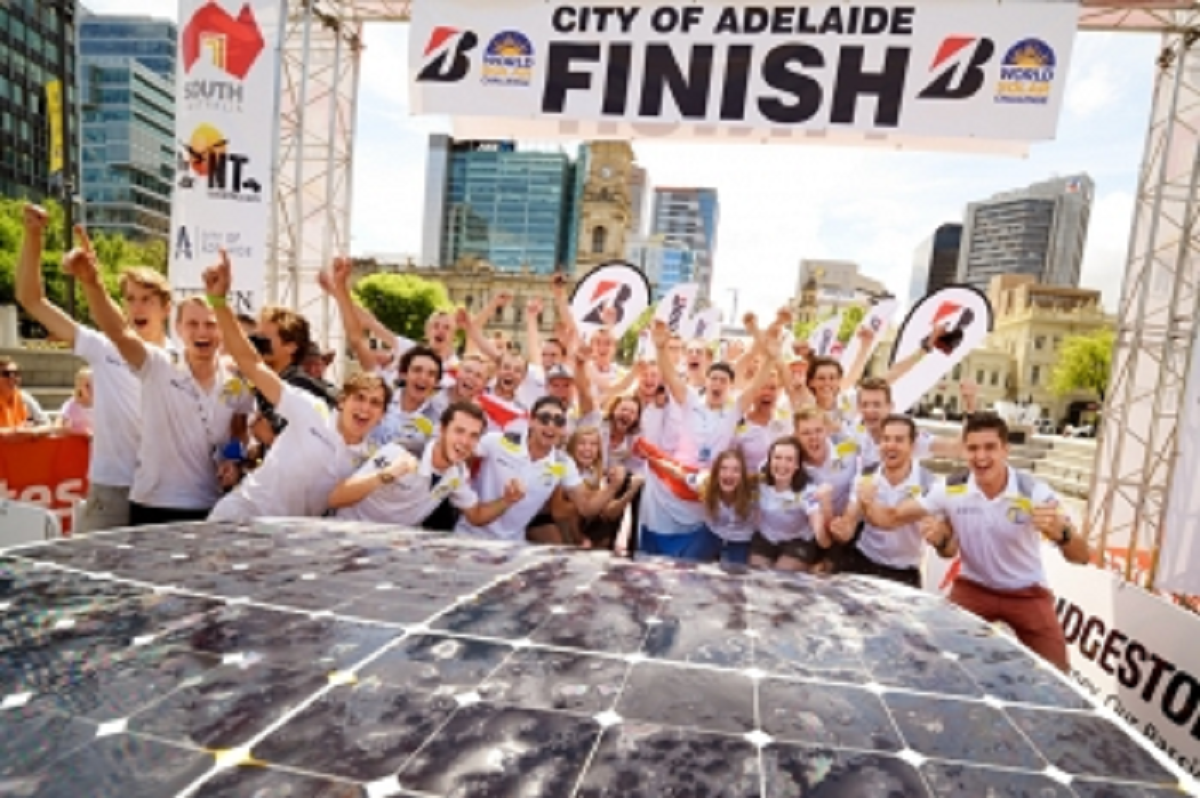 The solar car, Stella Vie, finished first in the World Solar Challenge. The Solar Team Eindhoven became world champions for the third time in a row in the Cruiser Class

Their fiercest rival, and number two in the Solar Class, was the solar car from Bochum. It stalled one kilometre before the finish and could not continue. The official award ceremony is on Sunday, and the jury has yet to cast its vote, but the Eindhoven team is already assured of victory.

The Wold Solar Challenge started last Sunday in Darwin, and finished on Friday in Adelaide. The solar cars drove a distance of some 3 000 kilometres. The Stella Vie did this with an average speed of about 70 km/h.