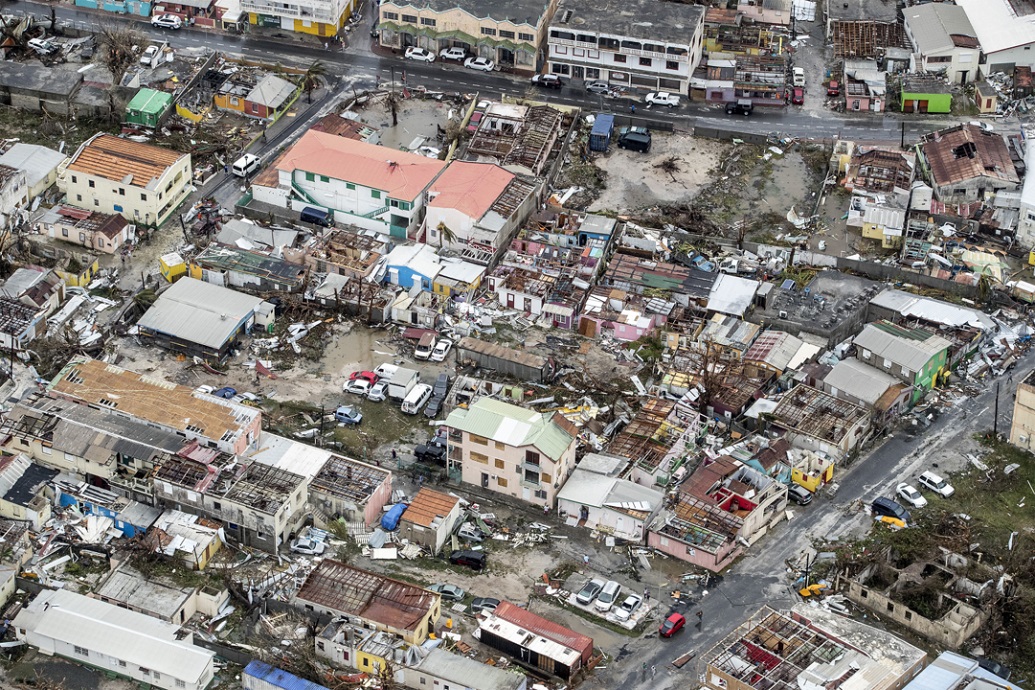 Esmée van der Heiden, from Eindhoven, moved with her parents and younger sister, Lotte, to St Martin in 2013. She has survived the hurricane, but the island has suffered massive devastation.

“I got the news last night that Esmée was okay”, says Lotte. “It was via the grapevine as it is very difficult to contact anyone on the island at the moment.” Lotte is currently in Eindhoven again due to her studies.

Hurricane Irma is the largest storm ever recorded to hit the Caribbean. The storm has had an enormous impact on those living on St Martin. The eye of the hurricane went right over the island. Houses, schools, just about everything, has been destroyed.

“I can’t do anything”, says Lotte tearfully. “It makes me feel helpless. I want to go and help.” Lotte has lived on St Martin for three years. She works at a school. A school that has been all but destroyed. She has been closely following the developments on the Caribbean via the news and Facebook.

In the meantime, hurricane José, the next storm, is just over the horizon. It is a category 2 storm, not nearly as strong as Irma, which is a category 5, the strongest you can get.

Two planes from the Ministry of Defense have been sent, and have since landed, on St Martin. The left from Eindhoven Air base with disaster relief and personnel yesterday.
Photo: Ministry of Defence