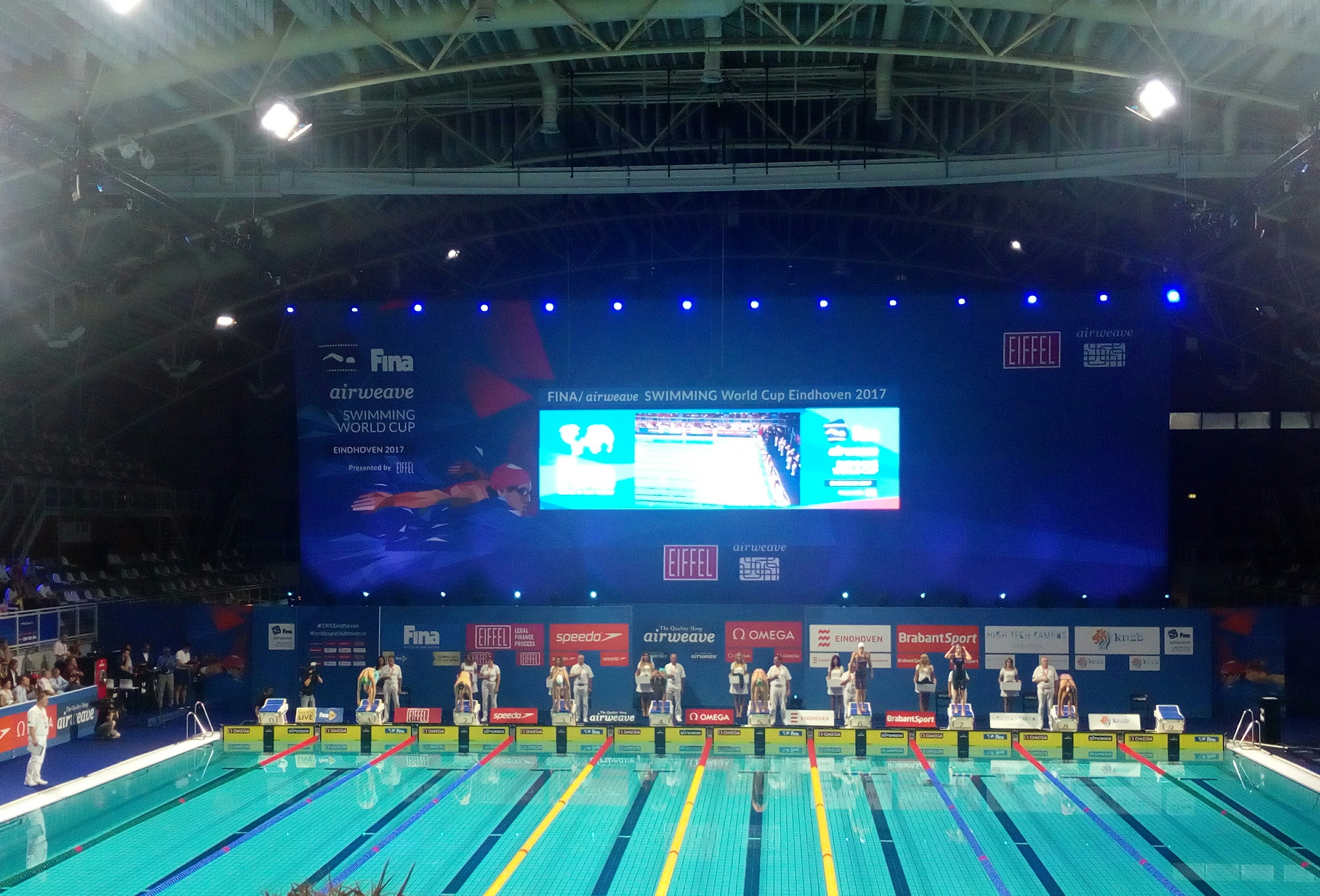 Two world records were broken at the FINA/Airweave Swimming World Cup Eindhoven. This was held on Friday, 11 August, and Saturday, 12 August, at the Pieter van Hoogenband Swimming Stadium in Eindhoven.

The Dutch swimmers also earned their share of medals:

Ranomi Kromowidjojo, who originally hails from Eindhoven, placed second in the women’s 100 m freestyle, but managed to snag a gold in the women’s 50 m butterfly. Maaike de Waard came third in this event. Kira Toussaint also got a bronze for the women’s 200 m backstroke, with Jesse Puts getting silver in the men’s 50 m freestyle.

The Dutch team won both the mixed 4 x 50 m medley relay and the 4 x 50 m freestyle relay. Ferry Weertman got bronze for the men’s 1 500 m freestyle as did Frederike Heemskerk for the women’s 200 m freestyle.

This is the third stop of the FINA Swimming World Cup 2017. The next leg will be in Hong Kong on 30 September and 1 October.