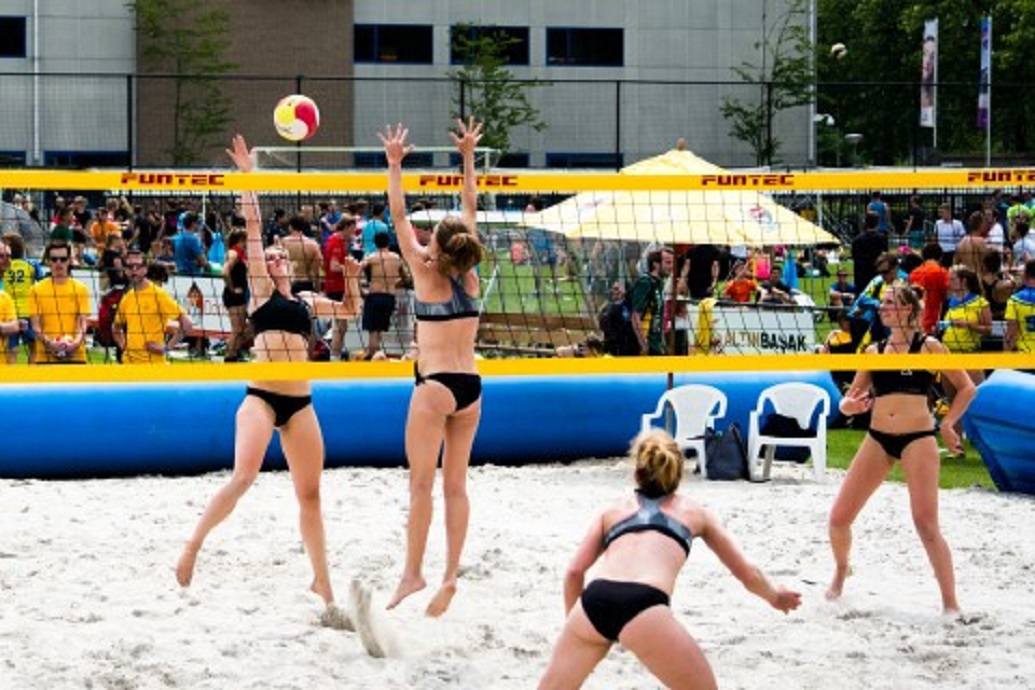 Hajraa, the Eindhoven Volleyball Club, is organising the biggest grass volleyball tournament in Europe in Eindhoven this weekend.

During the 39th edition of this tournament, 475 ladies teams will compete against each other. The Dutch Ladies Sitting Volleyball players challenge first division teams to a game of sitting volleyball. In this way, Hajraa wants to draw attention to the paralympic sport.

The organisation not only wants to draw attention to the sport, but also to the backstories of the players – people who all have a limitation that they have had to learn to accept. A special, temporary floor is being laid for this event. Temporary floors have, up to now, only been used for indoor volleyball games. It is the first time that a temporary sitting volleyball field will be laid outdoors.

In addition to the paralympic volleyball players, the tournament will have a few other first this year too. Hajraa, in collaboration with sponsor Alten, is launching a competition-app. This interactive app will make information more readily available. There will also be three members of the Dutch Ladies Volleyball Team, Anne Buis, Yvon Beliën and Femke Stoltenborg at the tournament. Thanks to sponsor, ilionx, they will be holding clinics for visitors to the tournament.

Organiser, Tom van Veen, says, “We find that everyone enjoys volleyball. This includes people with a disability, who cannot stand and play. The determination of the Paralympic ladies players is not only a source of inspiration for other players, but for each and every visitor to the tournament.  I am curios to see how the first division teams do against these ladies. It is a great challenge!”

Hajraa, the Eindhoven Student Volleyball Association has been organising Europe’s biggest grass volleyball tournament for almost forty years now. Each year, 4 000 Dutch participants and numerous teams from abroad come to Eindhoven for the tournament. Besides recreational and first division games, the Hajraa Buitentoernooi (Outside Tournament) hosts the Dutch Student Championships and is a location for the national beach-competition.