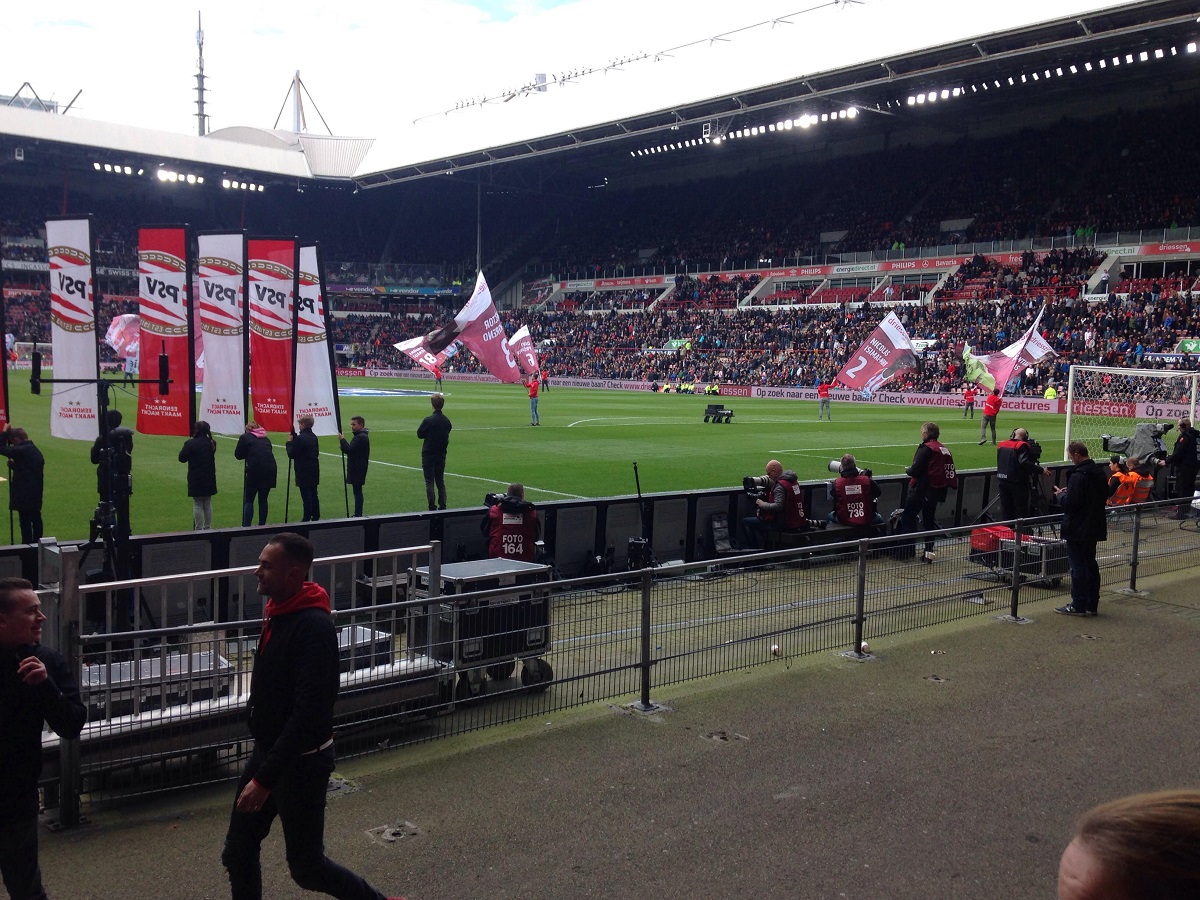 Last Friday, PSV’s ladies failed to steam up to a second position, while PSV’s men won an uninspired match against PEC by scoring four goals in ten minutes. They finish third on the ranks, the same position the ladies are stuck on for now.

PSV women get themselves stuck on third position
Last week, PSV’s women’s team did a great job by defeating direct opponent ADO with 2-0 at home. Winning the return match in Den Haag wouldn’t have only solidified their third position with a six point difference in total, but also make them become a serious thread for FC Twente. PSV started the match strong and scored the 0-1 through Jeslynn Kuijpers. Then slowly ADO started to take back control and just before stoppage time scored the equalizer through Marthe van Erk. Without several basic players in the line-up, including top scorer Lewerissa, PSV seemed unable to get back on top. After an hour ADO scored their second goal of these playoffs with a free kick from 35 meters by Mijke Roelfsma, and keeper Angela Christ was replaced for Annerens Tijm immediately. In the remaining minutes, Eindhoven’s ladies were unable to set things straight and had to leave the three points in Den Haag.

Opponent FC Twente took a point home from Amsterdam. These results together lead to the fact that PSV and ADO now share the third position and Twente embiggened the gap to an unbridgeable seven points. Coming Friday’s away game in Enschede will now solely be about trying to keep the third position in own hands and the preparation for the Cup final, as head coach Vuckovic said the remaining playoffs will mainly about. Twente, however, are fighting for their last chances on winning the national title, so they will be on fire.

The match  Ladies FC Twente – Ladies PSV kicks off at 19:30 at Sportpark Slangenbeek in Enschede. Tickets cost €3,- or €5,- and are available through this link.

A-selection crush PEC in only minutes
In Guardado’s 100th match for PSV, not much was at stake. However, the fans wanted to see a match worth watching to get a bit of consolation for a lost season. With Guardado and Hendriks both in the basic eleven and Lammers starting from the beginning instead of Luuk de Jong, it soon looked like a match we’ve seen so often this season. A sloppy and uninspired beginning lead to a 0-1 lead for PEC, with Isimat looking silly and Zoet making quite a big mistake by dropping the ball out of his hands and in front of Van de Pavert’s feet. The first half saw no serious chances for PSV and the supporters became quieter throughout the game.

Phillip Cocu brought Zintsjenko for Propper after stoppage time, which lead to a more active and creative play, but it took an hour before the first serious attampt at goal came through Van Ginkel. With Ramselaar for Pereiro in the 70th and Locadia for Hendriks in the 78th minute, the final judgement came and took only ten minutes. It’s maybe symbolic that the 1-1 and 2-1 were scored by two defenders. Moreno scored his seventh and Arias his first goal this season, followed by Lammers’s second and Ramselaar’s fifth of 2016/17. Winger Pereiro is club top scorer with 10 and Luuk de Jong finishes with only 8 goals. That explains a lot about why PSV haven’t won a single prize, this season.
There’s a lot to write about the reasons for the dissapointment. Cocu hopes the first transfers will happen soon, so that Brands can start working on replacements already. PSV’s third position means they have to play qualifying rounds in order to reach the group stage for the Europe League, so the sooner Brands can act, the better.

Written for Eindhoven News by Joey.