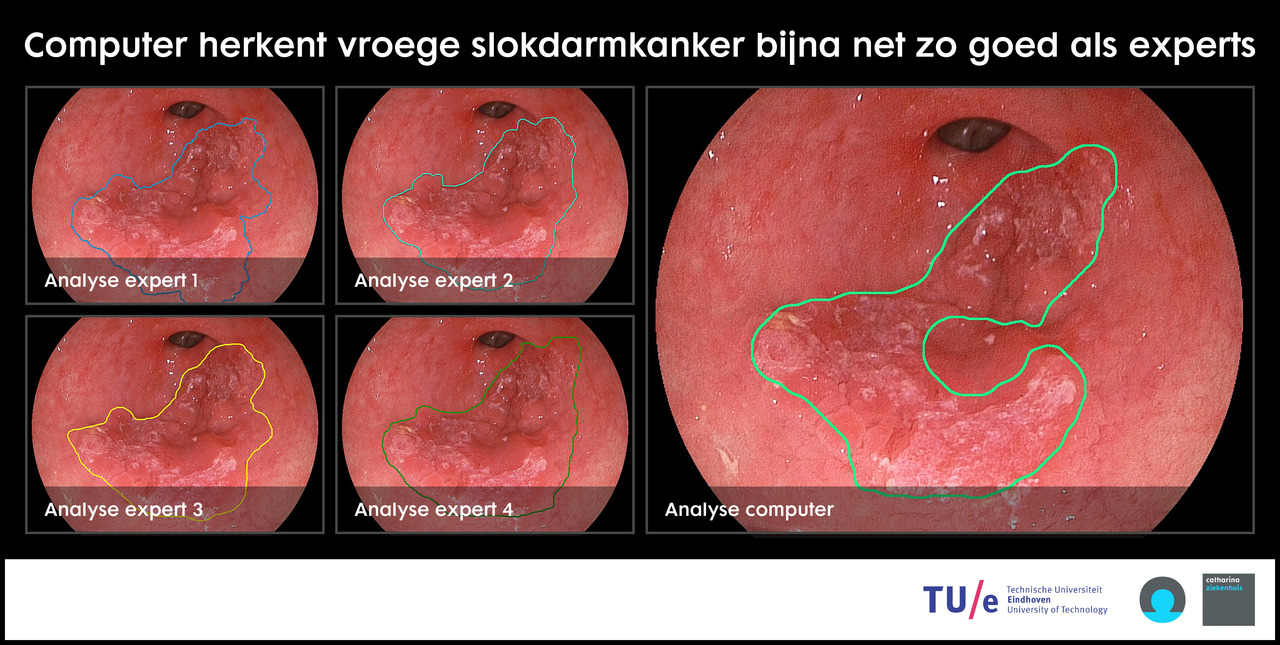 Researchers at TU/e have developed software that can detect esophageal cancer. The software is so advanced that specialists at the hospital cannot do it better themselves.

Esophageal cancer that is still in an early stage is difficult to recognize, but this is when the disease is relatively easy to control. Esophageal cancer in an advanced stage is much harder to treat. The chances of survival for the next five years, are often less than fifty percent of the patients in question.

It is specific to the cancer in a so-called Barrett’s esophagus. Such esophagus occurs in people who suffer from reflux, or have had this condition in the past. This results in abnormal tissue in the esophagus, which makesearly cancer detection extremely difficult.

The TU/e has done research together with the Catharina Hospital, and developed very effective software. The system can view photos that were taken of the esophagus and recognize the cancer. This makes it possible to reach a 100% detection of cancer cases.