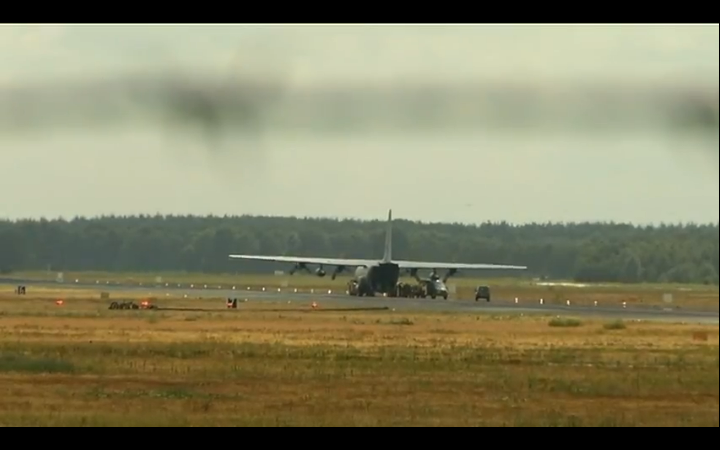 Twenty years ago a disaster happened at Vliegbasis (airport) Eindhoven. A Hercules plane with 41 passengers and crew crashed, with only 7 persons that survived the crash.

The disaster is remembered annually at the vliegbasis (Endhoven Airport), where a monument was placed. This monument however is not accessible for everyone.

Tjerk Langman, member of the LPF commission Eindhoven, was of the mind-set that it was important that there was going to be a monument in the city of Eindhoven that would be accessible to all. He took the initiative for the monument which was revealed today.

Langman has a lot of affinity with the disaster as he has spoken to a lot of emergency response personnel in the course of his job and Langman was captivated by their stories about the disaster but also heard their cry for a place to remember the unfortunate disaster.

This afternoon the monument was revealed. It has been placed by de Dommel, next to het Stadhuis (Eindhoven City Hall). Mayor van Gijzel presented his speech and Stichting Herculesramp, a foundation of relatives of the victims were also present.

The monument was designed by artist Hans van Eerd, who was also responsible for the other Hercules Disaster monument at de vliegbasis.