Home NEWS Cabelway to connect the station with Strijp-S 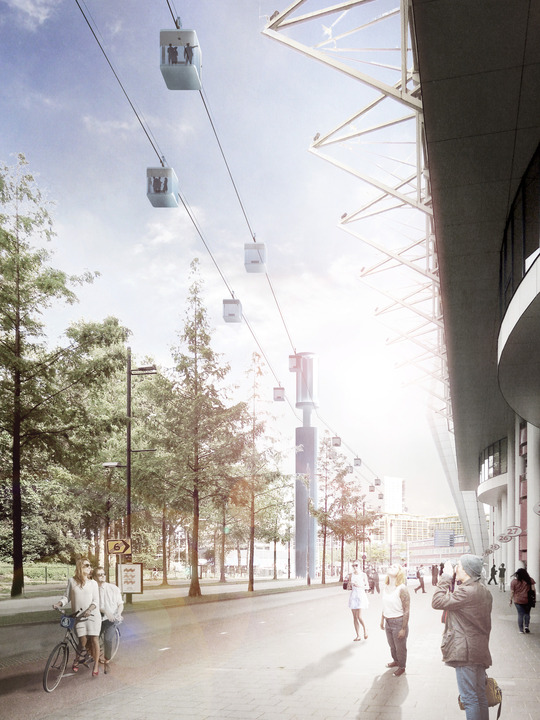 A large cableway connecting the station with Strijp-S is coming to Eindhoven. That is, if it were up to Piotr Szczesniak and Tim Kouthoofd from Bygg Architecture.

Barcelona, London, New York and Rio de Janeiro already have such a cable car. The idea came to architects Piotr and Tim in Spain to create a similar concept for Eindhoven.

Luchtbrug (Airlift) Eindhoven will be an attraction with international allure. Major events such as Dutch Design Week, King’s Day, Glow and the Feelgood Market, will be reinforce the perception of city as festival location, according to the architects. The site ideeenvijver.nl (idea pool) has more incredible pictures presenting this future scenario.