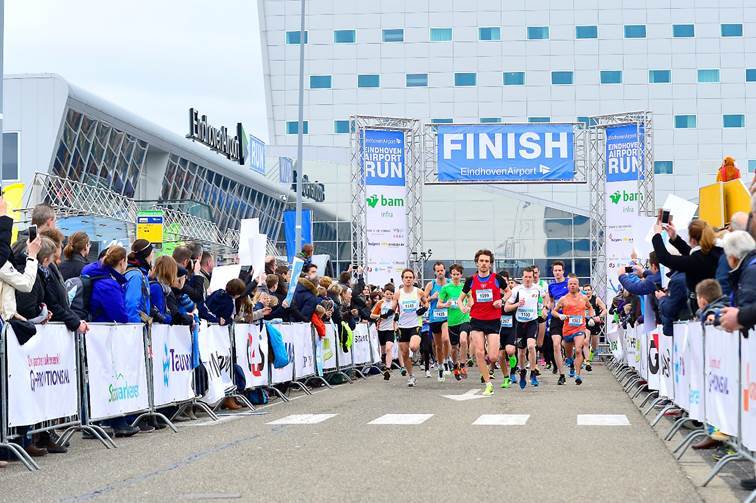 1700 runners participated yesterday during the third edition of the Eindhoven airport run. It is less than the organization had hoped for: 2500, however more than last year: 1600.

There was a choice of 3 distances: kids run of 1.5 KM and 5KM or 13.4 KM for the adults. There was also a tombola in which the runners automatically participated with their number.

It has been decided already that next year there will be a 2017 airport run and this will take place the 2nd of April.