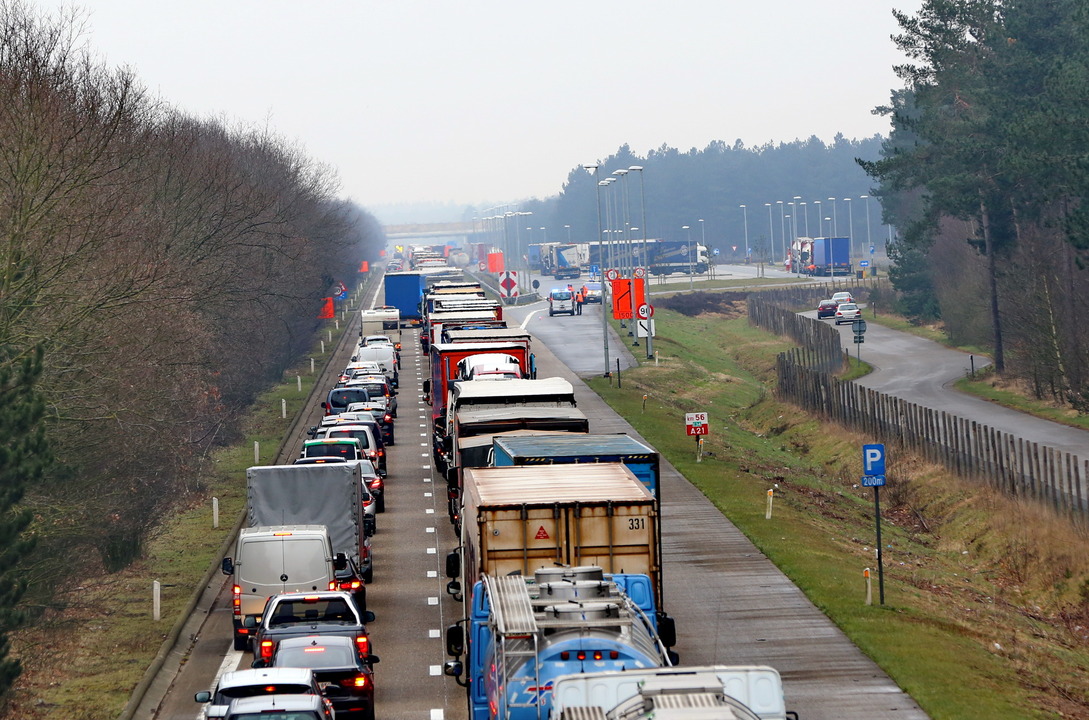 Border officials equipped with bulletproof vests are joined by military police armed with submachine guns. Traffic is limited to one lane while checks are carried out.