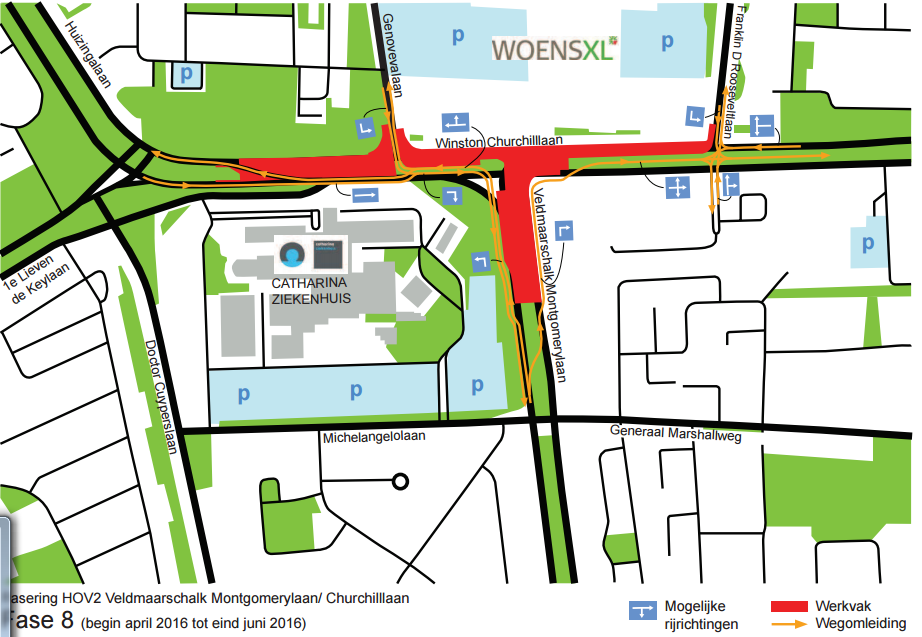 The reconstruction of the bus line HOV2 line in Woensel will still take a while. In early August the whole construction at the intersection should be ready. That will be done in different phases.

At the beginning of the construction, there were eleven stages. The first six have been completed. The seventh is currently underway as planned.

People in the vicinity of the intersection have encountered major traffic problems. There is much less traffic during the reconstruction then possible at the Churchilllaan. It is possible to travel from the Montgomerylaan towards the Genovevalaan and vice versa.

That the traffic changes are not always clear to everyone is evident at one of the new central reservations on Montgomery Avenue. There were new road signs posted and trees planted, but it seems like a vehicle has run and knocked over everything.

It’s not the last renovation on Montgomery Avenue. After addressing the intersection at Woensel, the junction with the ring will be done next. There a tunnel will be completed in 2019.

Eventually HOV2 line has to provide a high-speed bus from the station to the district Achtse Barrier in the north. The idea is that people will use the bus more and make less use of the car for going to the center of Eindhoven.