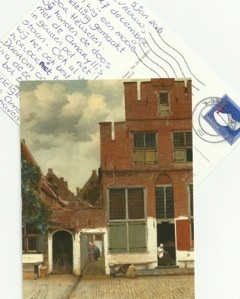 Growing up in Britain I was taught that saying thank you for a gift was courteous. Routinely, after birthdays and Christmas, it was expected, by my parents, that we children would sit and write personal thank you notes to all the gift givers. Ok, so my childhood was admittedly some time ago, but I required the same of my children and I hope that, even though grownup now, they pen some sort of thank you note.

It’s easier now with email, texting and social media to say thank you but there really is nothing nicer than a small note through the mailbox saying, "Thank you, your effort and thought is much appreciated." Sadly though, this practice seems to be slowly disappearing.

Living in the US I learned to send thank you notes even more often, in a practice that I have come to love and adopt. Thank you for the delicious dinner you slaved over the other night, thank you for helping me out at work today with that problem, thank you for shoveling my driveway, and even just thank you for being such a good friend. All those notes sent and received mean so much, recognition of a thoughtful gesture or time spent, in a world where we can barely find the time to actually speak to each other! One of the things I noticed, when I worked in school in the US, was that each teacher, although racing to get work graded before the end of term, would sit and write a personal note to each child/ parent that was thoughtful enough to give them a gift at Christmas or the end of the school year.

Of course cultures vary, and in some countries a thank you is not deemed necessary in these situations. After a poll of international and Dutch friends the consensus was that most European cultures did not routinely practice the thank you note tradition. A German friend, after living in the US, had adopted the custom and an Indian friend said, although thank you notes for dinner or gifts was not widely used, her parents had sent out one thousand notes after her wedding!

Recently I had left an unwanted Christmas gift of an amaryllis on my front step, with a note saying "Free/Gratis". It disappeared quickly and I was pleased someone else would get the delight of it. (I’m not a houseplant lover) A few weeks later I received a postcard from Gouda with a charming note from the new owner, "Dear madam, Sunday, December 27th we made a nice walk through your town. We could not walk past the box with the amaryllis in the golden pot, even though we found it quite strange to not say thanks. Therefore, we send our thanks via this card. The bulb starts to sprout. Friendly Greetings from Gouda and a good 2016."
Although it was not necessary, that small gesture put a smile on my face and renewed my faith in the thoughtfulness of people and the importance of a thank you note.