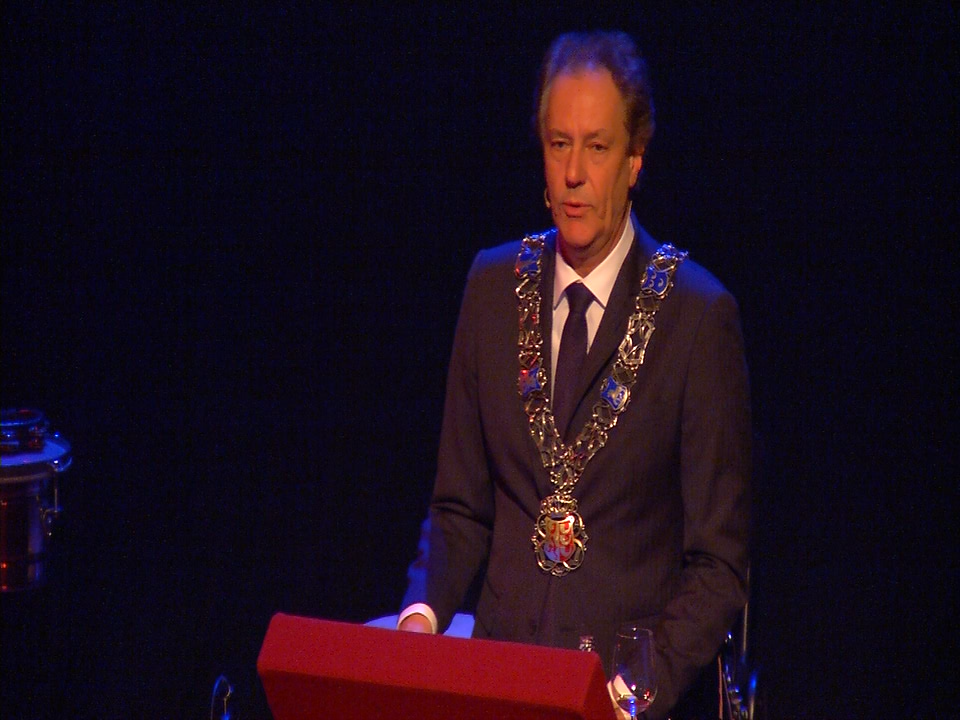 Cities like Eindhoven should be given more freedom, with much less interference from The Hague. For now The Hague imposes too many rules, which are often outdated. This was said by Mayor Van Gijzel at the Town Hall for last night’s New Year’s speech.

According to the mayor there is too much talk in The Hague. "They talk about refugees and drug problems, but we have the problems at hand," said Van Gijzel. He therefore believes cities must be given more space, and should be able to experiment with new legislation. "For now, there are many laws in the areas of education, health and public transport which no longer are correct for this time and age. They were made for example in the time when there was no facility of the internet."

Van Gijzel proposes a horizontal society. Now, according to him, too much is determined by the national government, too vertical in a sense. He finds that businesses, civil society and government should come together at the city level to create new solutions and regulations. He sees a pioneering role for Eindhoven. According to Van Gijzel the city is at the level were problems are truly felt, and must be resolved.

Furthermore, Van Gijzel pleads for greater influence from citizens. Citizens should have more influence to which way the city should grow. Now everything is determined by a group of administrators and politicians who ultimately make the decisions.