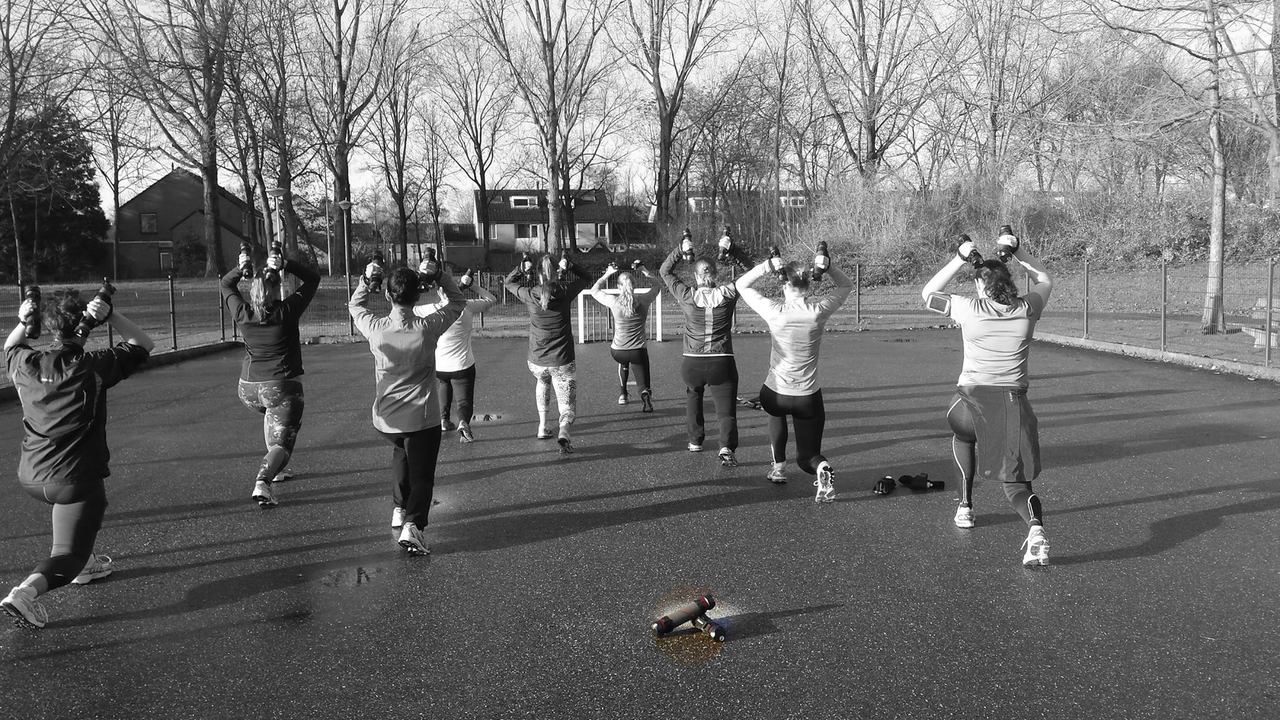 What on earth was I thinking? It was a chilly 2 degrees on a Saturday morning and I was forgoing a lie in and hot coffee for an outdoor boot camp? I mean, I love exercising outdoors, but really? I had to drag myself out of my toasty bed and force myself to get dressed. I was secretly hoping for a flat tire, but my trusty blue steed never lets me down.

It’s ok, I thought. If I could train in 40 degrees in Australia, I could certainly do the same in the cold here. I tried to convince myself. Mind over matter, right? But then it started to rain. Ok, drizzle. But it was an icy, cold, windy kind of drizzle! It was right about then that I realized I was cycling through an industrial area and I was pretty sure I was meant to be at a park. I may have cursed as I took off my gloves to check the directions and saw that my supposedly fully charged phone was now completely void of life. I was lost, cold and really contemplating heading home and straight back to bed.

But no, I knew I’d regret it. Besides, Helle, the instructor of this Saturday morning craziness, was expecting me. I’d said I would definitely be there. So I pushed on with only a vague idea of where I was going. After a while I came across some frosty greenery and saw a bunch of women and a load of exercise equipment. My mood started to pick up! I’d found the place, and what’s more, in my otherwise tech-dependent world, using only my brain for a compass.

Helle is the pocket rocket behind Eindhoven Bootcamp – a fitness company solely for women. Besides boot camp, there are running groups, X Outdoor, Bodyburn and Kidsfit classes. She introduced herself and we had a brief chat about where I was from, if I had any injuries, and what kind of exercise I’d done before. And then the clock chimed 09:45 – starting time!

Helle led us on a light jog to warm up. I wished I had brought some tissues because the cold was making my nose run faster than my legs. We did a few other moves in and around agility ladders, and then we did some arm work. I use the word "some"rather lightly. Let me digress. I have two young children. My arms are pretty strong from lifting them up and spinning them round and scrambling up climbing frames with them. But I found all of that was no match for these extreme arm exercises. Ouch.

We moved on to a kind of circuit with battle ropes and burpees, planks and pushups, skipping ropes and sit ups. We used medicine balls, resistance bands, weights, ropes, the fence, the ground, and our own bodies! There was a lot of variety and encouragement, and I am sure I worked every muscle, and then some. The timing of each station was just right. I never got bored but also felt relieved when I could move on to the next one. Before I knew it, the heart pumping, muscle burning workout was moving into the cool down phase and then boot camp was done and dusted. I felt refreshed and surprisingly warm, and hadn’t even realized that I’d been exercising for 90 minutes! If I’d known that earlier, I may have just stayed in bed. Sometimes ignorance really is bliss.

For more information check out www.bootcampeindhoven.com

Lenise is writing articles on Sport and Exercise in Eindhoven for Eindhoven News regularly. Her go to exercise is running, because "I can do it anytime, anywhere, and in any climate, but I am also a fan of bootcamp and Pilates. Sport has always played a huge part in my life and having lived in a number of countries, I think it’s the best way to get to know some locals, get rid of the occasional stress of living abroad and to feel fantastic – physically and mentally!"