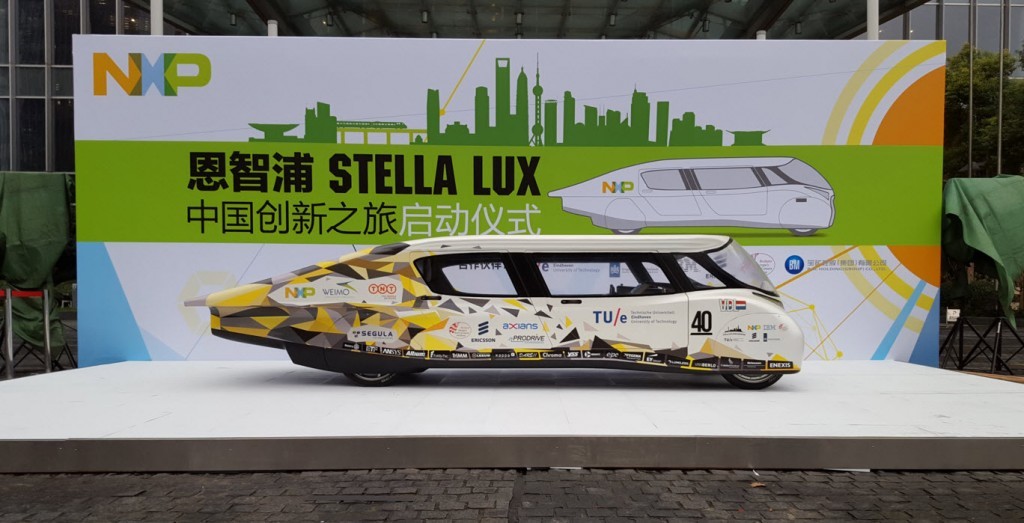 As climate talks open in Paris, Beijing issues its highest smog pollution alert for 2015. In Shanghai, Campus resident NXP, together with Solar Team Eindhoven, TU/e and Tongji University are collaborating. They’re demonstrating how secure connected car technology can make a big difference to both congestion and pollution levels across China.

Fresh from the success of winning the Cruiser class in Australia’s World Solar Challenge, Tom Selten, Team Manager for TU/e’s Solar Team Eindhoven, explains how they’re capitalising on the success. Selten: "We’ve used the opportunity of the race in Australia to showcase the Stella solar cars in other countries on the journey home. In 2013 we caused a lot of interest in Singapore. Two years later, one of our main partners NXP suggested we showcase Stella Lux in China.

This is a next step following the establishment of a NXP-Tongji University Joint Lab last year. They have announced a goal to build up to 20,000 smart, connected vehicles by 2019 under the Shanghai Intelligent and Connected Vehicle Demonstration Program. … Right now we’re showing Stella Lux at an exhibition with over 100,000 visitors. Every visitor to the stand appears to be thrilled by Stella and we’ve already received several serious offers to start production here in China. But it is too early to think about manufacturing just yet. Our next step is to return safely to the Netherlands and start up a new student team who will take development further."