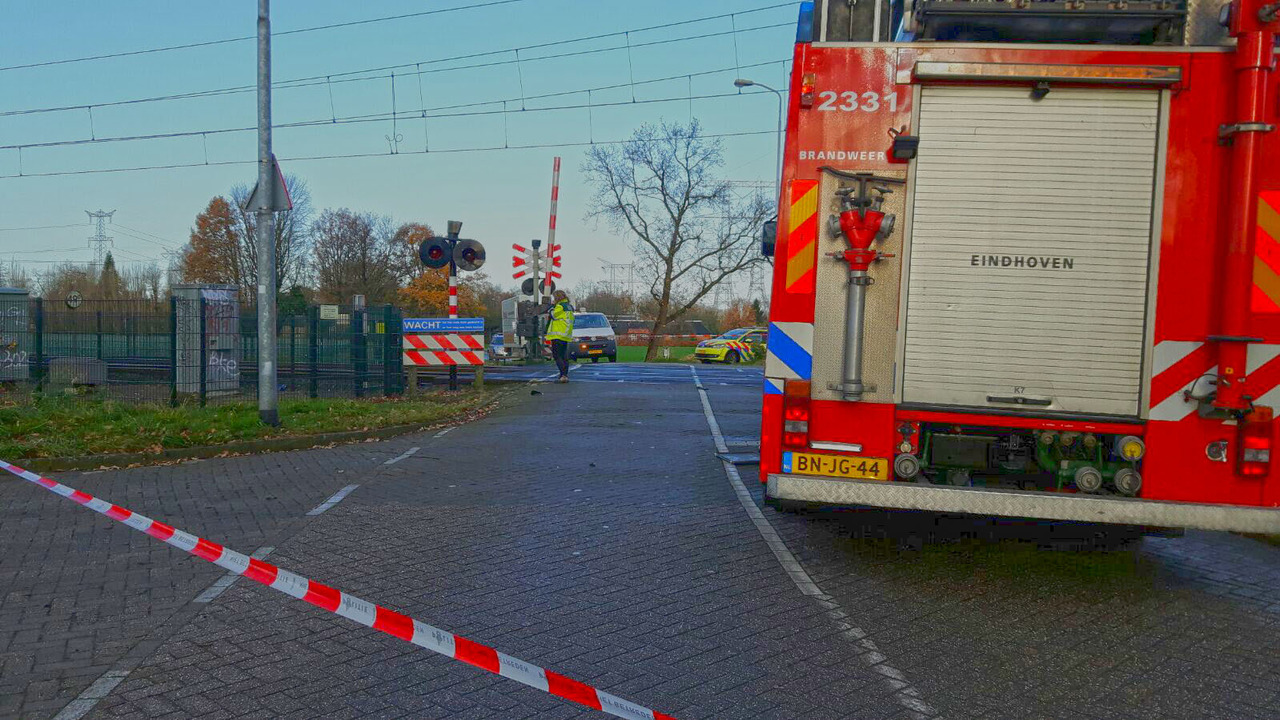 A scooter rider was killed at the Loostraat railway crossing in Eindhoven this morning. The victim was hit by a suburban train, coming from the direction of Helmond, at 10:00.

The train then came to a halt just before the railway crossing on the Oude Urkhovenseweg. Emergency services, including firefighters and an emergency helicopter, responded with heavy equipment, but there was nothing they could do. The victim had been badly injured and died on the spot.

The cause of the accident is not clear yet. Rail traffic was halted after the collision. NS transported passengers between Eindhoven and Helmond by coaches.