Home NEWS Children hand letters to ‘bosses of the city’ 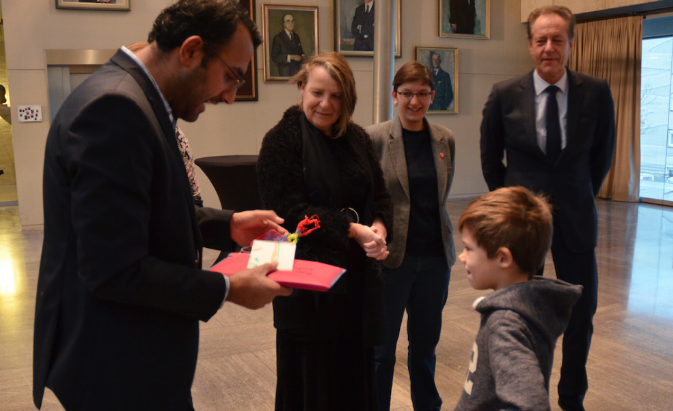 Over four hundred cards and letters, written by Eindhoven children and addressed to the ‘bosses of the city’, were handed to those in charge at City Hall yesterday. Two children delivered the bags full of mail.

In their letters many children ask for more clean playgrounds, without dog poo. Or for an underground playground, which is less dangerous because there are no cars.

The ‘bosses of the city’ promised to read all the mail and to take it seriously.