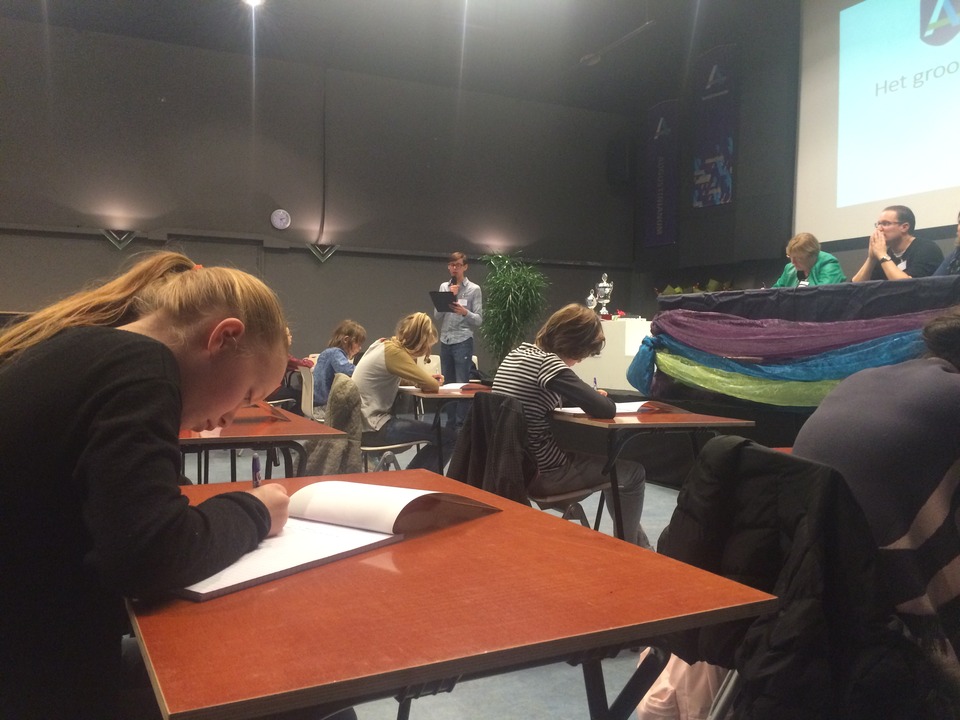 The competition is laid out for 26 primary school pupils from the region. They are ready for the grand finale of the ‘Grand Augdictee’, a dictation competition at the Augustinianum school in Eindhoven.

During this second edition of the dictation competition, the text has been written by the children’s author Simon van der Geest. He’s also the author who wrote this year’s ‘Kinderboekenweekgeschenk’ (children’s gift book). The theme of this year’s dictation is "Strange but true, Nature, Science and Technology".

The students were selected by their school during a qualifying round in the Children’s book week. During the final, they will be strict on the results and closely watched by jury chairman Jannie Visscher, the Alderman for youth and education in Eindhoven.

Last year the first edition of the competition was held, and won by Roderick de Vries.