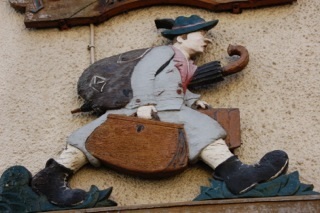 An ex-pat friendship is a true treasure, as are all friendships, as I’ve discovered over the years.

When you move to a new country, far away from your family and friends, there is an obvious void in your life. You have left behind you the people you turn to in a crisis, people with whom you share a history and your support network. But then, if you are lucky or smart, you fall in with the expat crowd, all of who are experiencing the same changes or have experienced them and come out the other side wiser and stress-free!

The expat group I became involved with, in the US, was a book club set up by our international relocation company. Through those monthly meetings, chatting about books and then sharing advice and friendship, those women became friends and even a family replacement in some cases. Like many female friends we shared advice, knowledge, and tips of this strange situation we were in, and it became all the more interesting by the different cultures and nationalities that were part of the group. Our kids became friends, we shared beach days and national holidays, watched the SuperBowl and the World Series together, sharing in the collective joy of Boston as the Red Sox and New England Patriots won and were united with each other and the nation by the horror of 9-11.
Finally we shared in the many teary goodbyes as contracts ended and they went home, leaving all of us in transition.

Those friendships became deeply woven into our lives and I was reminded of this when I met up with 10 of these very same expat friends for a reunion last October. Most of us are back in our "home" countries now, some of us remain a part of each other’s lives and some we exchange emails and Christmas cards. But the amazing thing is when we come together, despite our age differences and our various nationalities, the very fact that we experienced living overseas together binds us like a wonderful cultural glue! We have this amazing experience that is part of us, a piece of our lives that no one else can really relate to unless they have also been an expat. We remind each other of how scared and alienated we were initially and how much we each grew because of that experience. Our reunion was filled with joy, laughter and reminiscences.

My time here in the Netherlands has also expanded my international friend base, through groups such as the International Women’s Club Eindhoven (IWCE), the North American Women’s Club (NAWC) and The Hub. I continue to appreciate the relationships formed, the various cultural experiences added to my life and the support given when life gets tough or lonely. Even though expat friendship is full of hellos and goodbyes, the benefits far outweigh the sadness of one more farewell party.

As Winnie the Pooh said, "How lucky I am that makes saying goodbye so hard."