Home NEWS Crowded 18 Septemberplein for Turn on the Lights 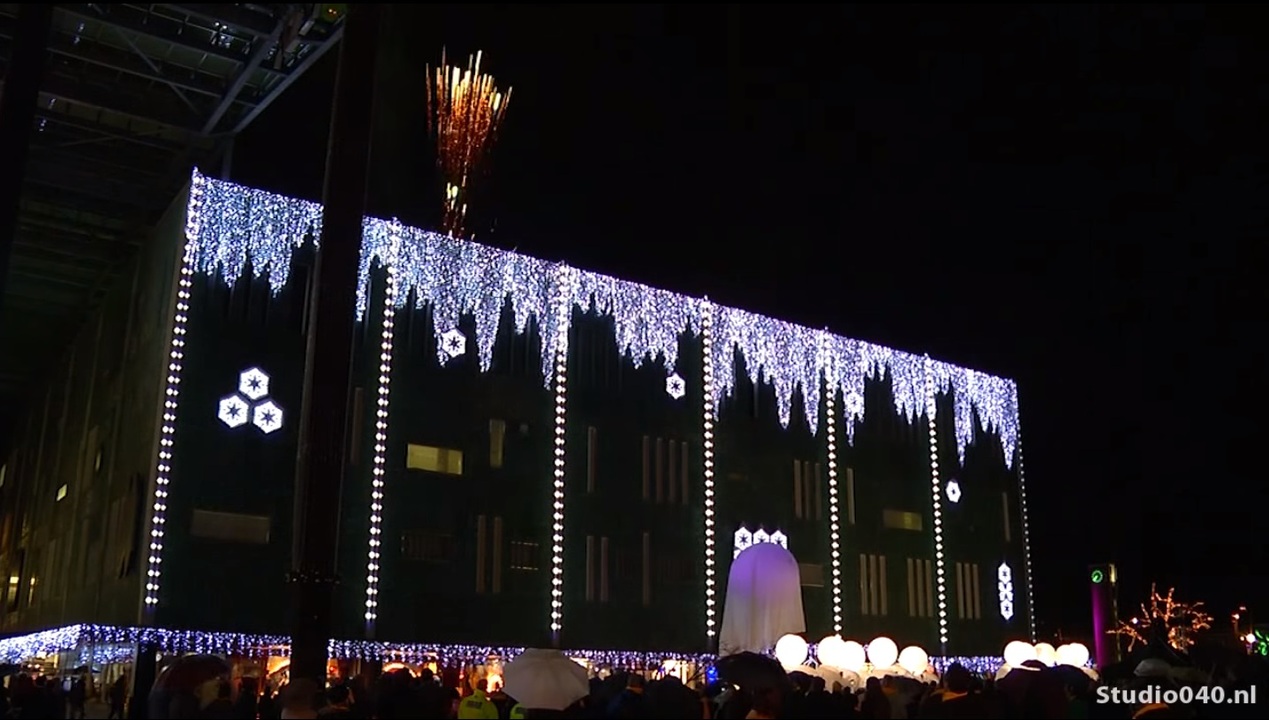 Despite the rainy weather, 18 Septemberplein was packed for the second edition of Turn on the Lights yesterday evening. About a thousand people showed up, the Bijenkorf reported.

The Bijenkorf wanted to kick off the festive season by lighting 85,000 led lights on the façade of the store. In addition, there was an huge show by Compagnie des Quidams, an international theatre company. They performed the show Herbert’s Dream with Jellyfish.

Alderman Bianca Kaathoven performed the opening ceremony and was excited about this event. Spectators were enthusiastic as well and did not seem to mind the rain. One lady even said she preferred this spectacle to the opening of GLOW.