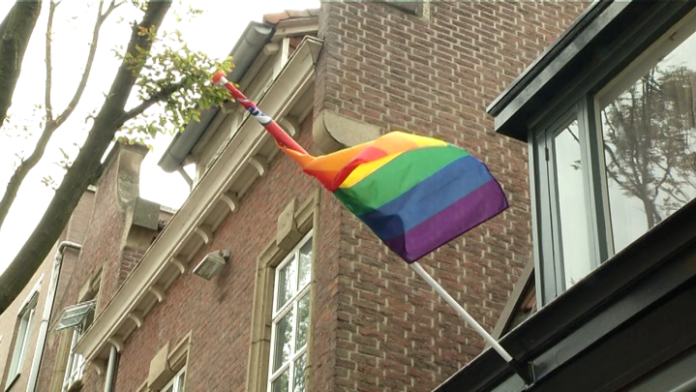 The rainbow flag will be raised at Eindhoven City Hall today, to celebrate Coming-Out Day, a day on which the issue of the acceptance of gay men and women, and transsexuals is central.

Later, there will be a lunch with Helmond Council and organisations representing the interests of gays and lesbians.

There was a hassle surrounding the raising of the rainbow flag in Geldrop-Mierlo. The GroenLinks party’s request was refused by the Executive Council. The new mayor, Berry Link, a member of the Christian Democrats Party, does not want to contribute in any way to Coming-Out Day. The flag will now be raised, not at the town hall, but at Strabrecht College.