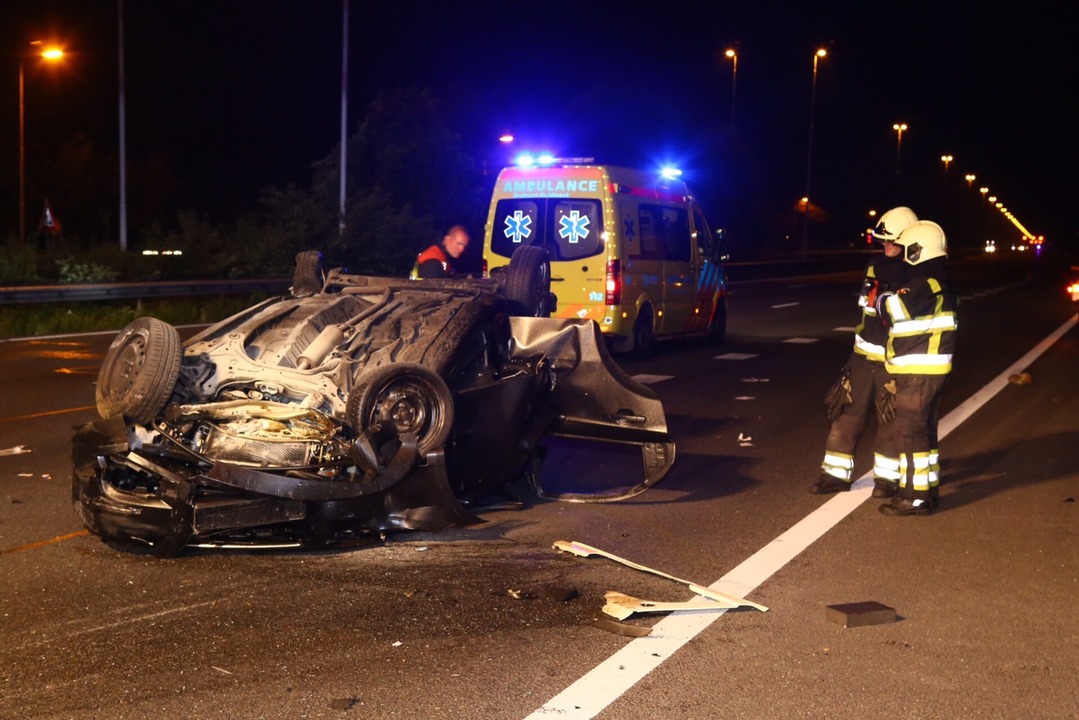 Four people were injured in a serious accident on A58, near Batadorp junction, this morning.

A car probably had a blowout, after which it crashed into the crash barrier and overturned. Three of the four occupants were able to climb out of the car. Seconds later a truck rammed into the vehicle and dragged it along for some 50 metres.

Emergency responders had to extricate the last passenger from the car. An emergency helicopter was called to the scene of the accident, but in the end all four victims were taken to hospital by ambulance. The truck driver remained unharmed.

A58 between junctions Batadorp and Oirschot was closed for investigation for some time.