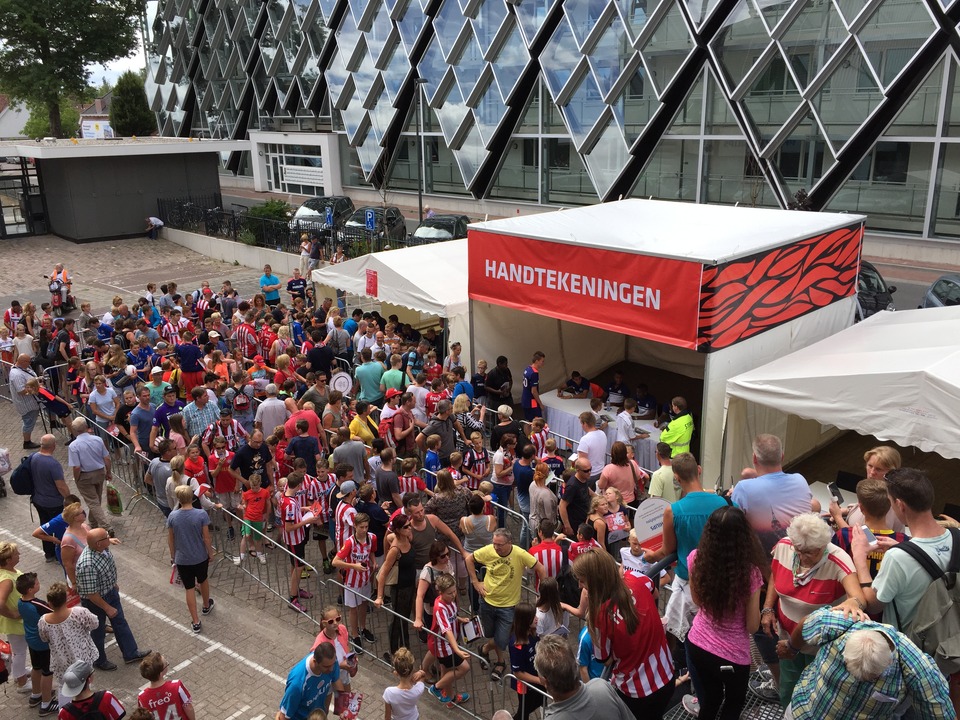 Over an hour in a row to get an autograph from your favorite player. That happened yesterday during PSV Fan Day. The Eindhoven football club had organized all kinds of activities around the stadium.

All the fuss surrounding the signing must have been a little exciting for the new acquisitions of PSV. Luuk Koopmans, Simon Poulsen, Maxime Lestienne, Gastón Pereiro and Davy Pröpper experienced their first fan day of the Eindhoven football club.

Davy Pröpper says: "I’m glad they did not just come for me. But I had expected it to be so busy! " He expects the club will play at top level next season. "At least as good as last season," he says.

The ladies team of PSV was also presented yesterday. In addition, Young PSV demonstrated their best side and the technical staff was present too.

Following the annual fan day, the traditional Derby of the City of Light took place. That is the match between the two biggest clubs in the city: PSV and FC Eindhoven. The kick-off was Tuesday night at seven and ended with a 4-0 win for PSV.