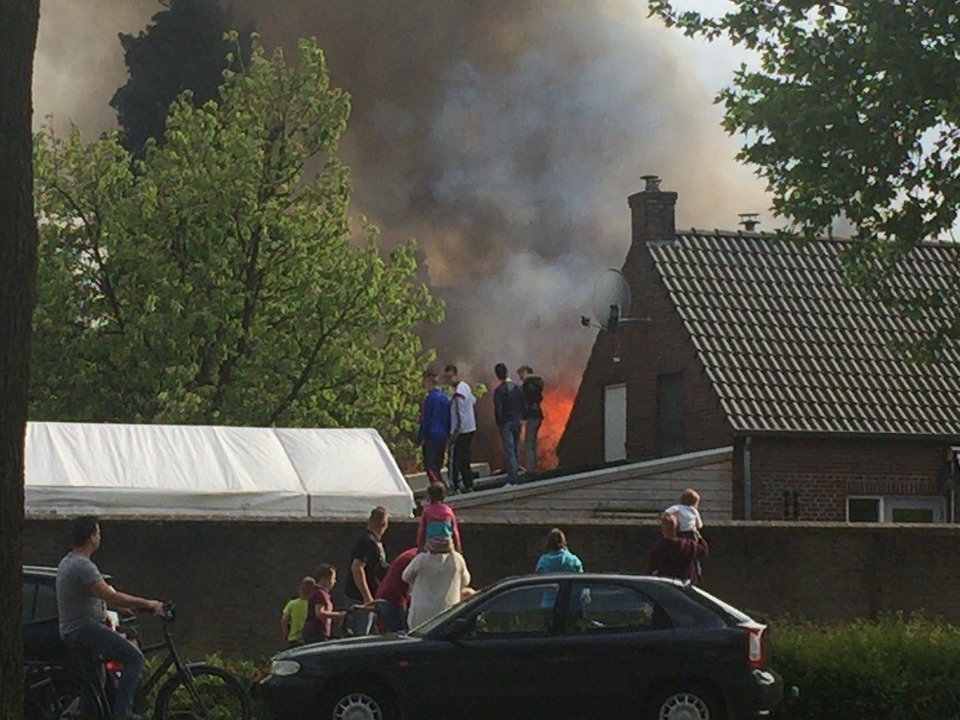 A huge fire took place in an unoccupied house at Bogardeind, in Geldrop yesterday afternoon. According to Omroep Brabant, (the regional Brabant broadcasting service) the raging fire has destroyed the house completely. Tens of spectators watched the fire fighters in action, trying to put out the fire.

The fire brigade arrived at the scene, with a number of fire fighting vehicles including a hydraulic hoist. It was not clear whether anyone was wounded by the fire. The burned house, however, has been vacated for more than a year.

The reason for the fire is also still unclear. Bystanders mentioned that unknown persons have broken windows in the house, the night before. The police and the fire brigade are busy with investigating the cause of the fire.